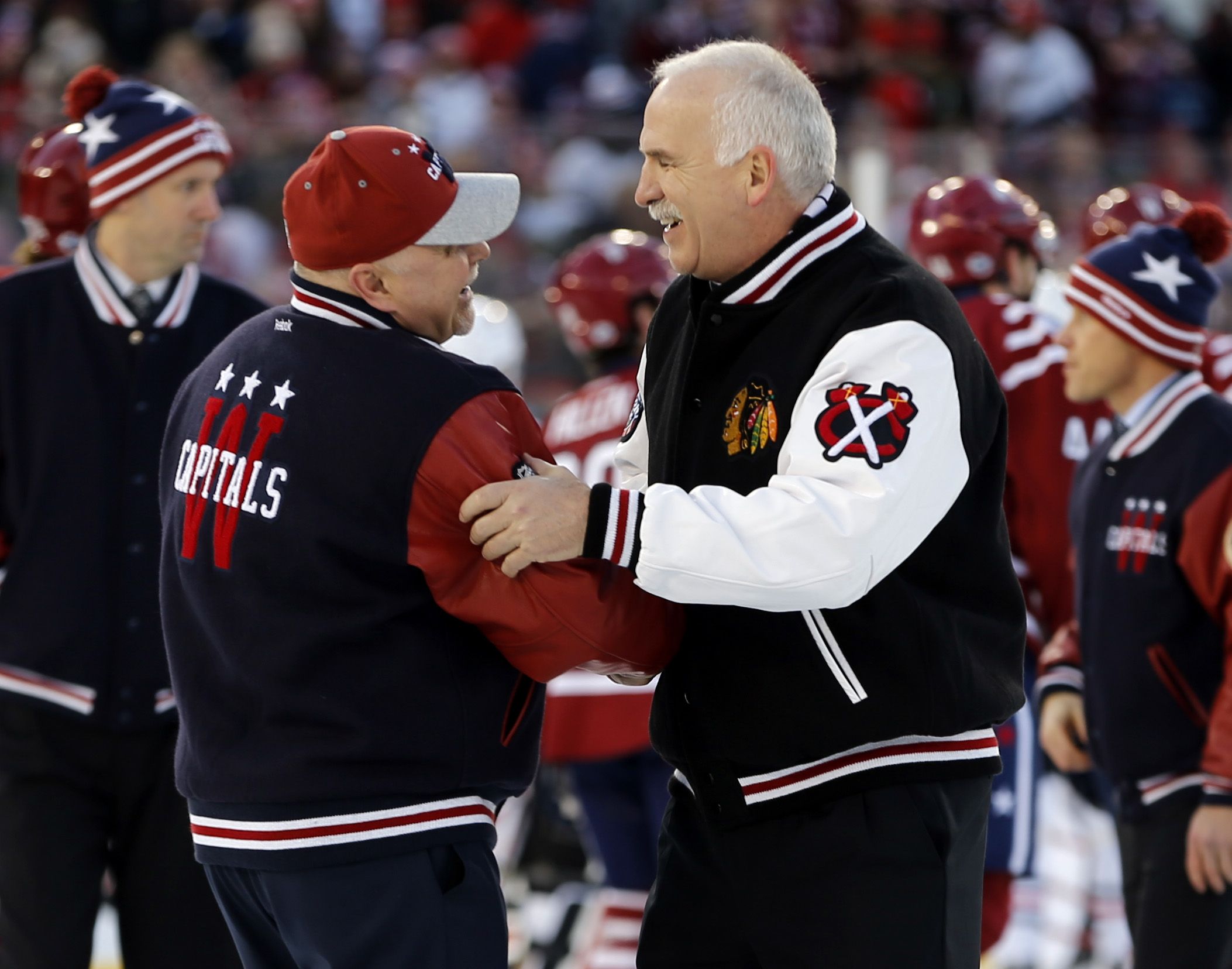 WASHINGTON, DC – The Chicago Blackhawks had their chances. Too many, one might say, because that’s how hockey works: If one team has the benefit of the preponderance of the power plays, one assumes the other team’s getting a break at some point from the officials.

“It runs through your head,” said Washington Capitals defenseman Karl Alzner, whose team scored a power-play goal with just under 13 seconds remaining to win the 2015 Winter Classic, 3-2, over the Blackhawks.

It was Alzner that Jonathan Toews went after on the forecheck, with the Blackhawks on a power play after Matt Niskanen’s boarding penalty at 16:49 of the third. It was the Blackhawks’ sixth power play of the game, including a lengthy 5-on-3 in the second period.

Here’s how that power-play ended, and the Capitals were given one that would lead to the game-winner:

Was it a good call? A makeup call?

“I don’t know,” lamented Toews after the game.

Troy Brouwer, former Blackhawk, scored the game-winner on the power play at 19:47 of the third period, with another penalty call against the Hawks – Brandon Saad for slashing – pending when the puck beat Corey Crawford.

“We had a power play before that, so I think both teams had their turn and they cashed in,” said Coach Joel Quenneville.

The Blackhawks had several turns, actually. They scored on the power play in the first period, as Patrick Sharp’s shot from the sunlit portion of the ice traveled into the shadows and beat Braden Holtby. But the game’s turning point may have been their inability to cash in during 1:31 of two-man advantage time.

“You always here if you don’t score on the 5-on-3 it can come back to get you,” said Patrick Sharp. “They have a good penalty kill, we have a good power play. It was a little more difficult to zip the puck around and make crisp passes.”

The hard ice in the Winter Classic made the day a “shoot first” effort for both teams, which affected the Hawks’ power play.

“The mentality today was just shoot the puck and things happen.  But on a five-on- three, it’s not the same mentality, which probably didn’t help us,” said Quenneville.

In the end, it was the Capitals that took the shot and ended the game, seconds away from sudden death hockey.

“Even the crowd might have wanted the overtime and the shootout,” said Blackhawks defenseman Niklas Hjalmasson. “It’s a tough play. A broken stick. A broken play. Quick shot.”

And a soft penalty.

“It is what it is,” said Toews. “They got their bounce they were looking for with 12 seconds left, and we walk away with nothing.”