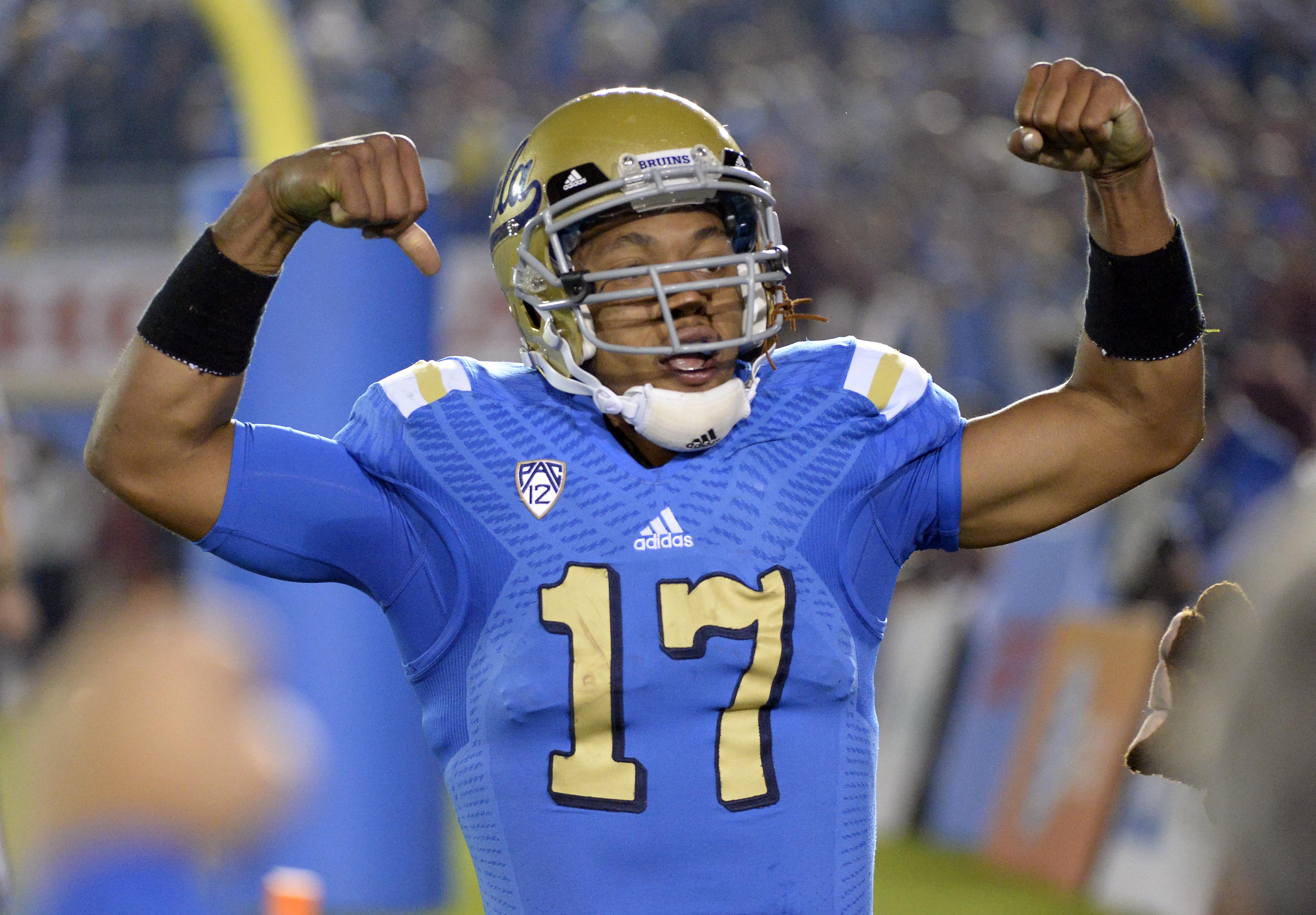 Two teams that ended their regular seasons in disappointing fashion get a chance at redemption in the Alamo Bowl.

Both Kansas State and UCLA had the opportunity to win their respective conference crowns, but came up short. Kansas State stumbled in its chance to share the Big 12 title in a 38-27 loss at Baylor. Before that loss, the Wildcats had won seven of their previous eight games to jump into the Top 10 in the College Football Playoff rankings.

UCLA was a trendy preseason national champion pick, but the Bruins lost back-to-back games to Utah and Oregon after a 4-0 start. After rebounding from the two losses with five straight wins, the Bruins then lost out on the Pac-12 South title and a chance to play Oregon in the conference title game in a disappointing 31-10 home loss to Stanford.

Now, the two teams have a chance to end the season on a high note in this underrated matchup.

Both teams feature high-powered offenses with dual-threat quarterbacks. Kansas State’s Jake Waters completed 73.9 percent of his passes on the season, throwing for 3,163 yards and 20 touchdowns while rushing for 471 yards and eight scores. Tyer Lockett was Waters’ top target. Lockett caught 93 passes for 1,351 yards and nine touchdowns. Lockett’s 93 catches is tied for seventh-best in the country.

While Waters led the team in carries, Charles Jones and DeMarcus Robinson were the team’s top two running backs. Jones gained 521 yards and scored 13 times while Robinson ran for 436 yards and four scores.

Hundley, a redshirt junior, has already made his intentions known that this will be his final collegiate game. He threw for 3,019 yards, 21 touchdowns and five interceptions, but also showed off his wheels with 548 yards and eight scores on the ground.

Elsewhere on the Bruins’ offense, sophomore running back Paul Perkins broke out with 1,378 yards and seven touchdowns on the year. Additionally, Hundley has an assortment of wideouts, led by Jordan Payton, who made 63 catches for 896 yards and seven scores.

Kansas State hardly ever hurts itself. The Wildcats were second in the country in turnovers lost (11) while forcing 20 turnovers on defense. The numbers say that will continue. UCLA forced only 14 turnovers all season – tied for sixth worst in the country.

UCLA hasn’t won bowl games in back-to-back years since it won the 1986 Freedom Bowl and the 1987 Aloha Bowl. The Bruins have played in 17 bowl games and had four other chances to break that streak since then.

Graham: Kansas State’s offense has been good at times this year, but has struggled against the better competition it’s face. UCLA has been inconsistent, but it should have enough firepower to win this game, especially since it will be quarterback Brett Hundley’s last. UCLA 35, Kansas State 24.

Nick: This is the best non-New Year’s Six bowl as far as I’m concerned, and given some of the NY6 results, it should be better than a few of them anyway. It’s Brett Hundley’s final college game and you never know how Kansas State will win a football game. I literally flipped a coin on this one. It came up tails, which was the Bruins. UCLA 27, Kansas State 24.

Sam: UCLA’s effort in its regular season finale was embarrassing, so you’d expect the Bruins to put up a better showing this time around. Still, I always trust a Bill Snyder-coached team to win evenly-matched games like this. Kansas State 30, UCLA 27.