You are here: Home / Baseball / Starlin Castro detained and questioned in connection to shooting

Starlin Castro detained and questioned in connection to shooting 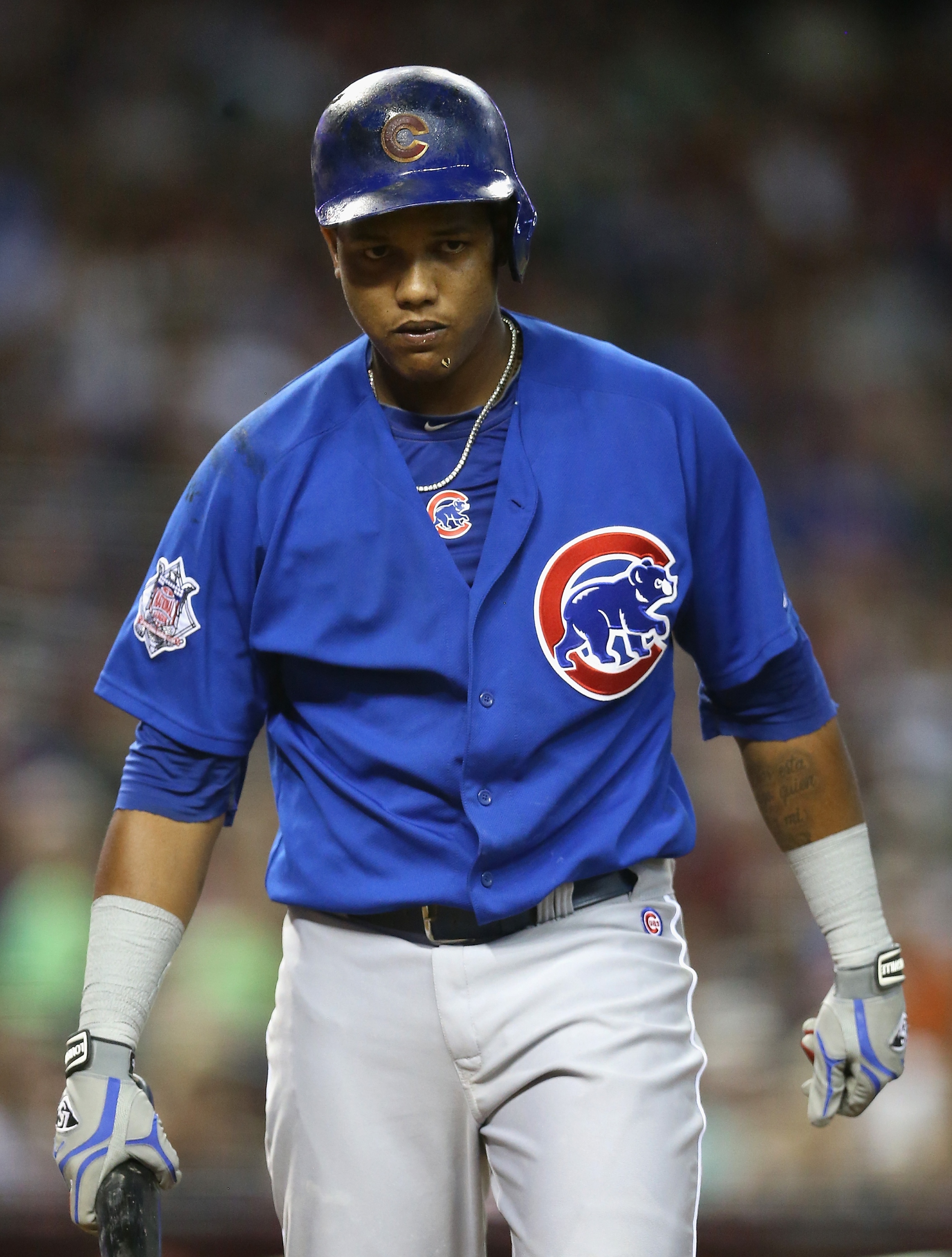 According to ESPN’s Enrique Rojas, Chicago Cubs shortstop Starlin Castro was detained — not arrested, as was originally reported — by authorities in the Dominican Republic on Saturday and is being questioned in connection to a nightclub shooting that left six people injured. There are few concrete details at this point, but it’s reported the shooting took place late Friday night or early Saturday morning at Ocean Club, a nightclub in Castro’s hometown of Montecristi.

A police spokesperson did not indicate publicly whether they believed Castro was direcltly involved, but noted that some people close to Castro participated in the shooting.

Here’s a translated statement that was released on Twitter:

ATTENTION: Some sports media have called me inquiring about Major League Baseball player Starlin Castro. At the moment it is in the Office of Montecristi, where prosecutors questioned him regarding several injured yesterday at the Ocean club where persons involved were very close to him. At the moment I have no more details.

It’s also reported that one person injured in the shooting is currently listed in serious condition. The condition of the others has not been released.

Castro’s agent Paul Kinzer has since released a statement denying his client was arrested or detained, but went to the police on his own accord to make sure his his name was cleared.

Kinzer added that he didn’t know if Castro’s brother or bodyguards were arrested or detained. They were all part of the group along with the driver and assistant to Montecristi’s mayor.

This is the second such incident Castro has been connected to just this month. On Dec. 7, he was cleared of any involvement in a shooting outside Dubai Club in Santiago Caballeros. At that time, his Kinzer released the following statement.

The Cubs are aware of Saturday’s detainment but have yet to comment.

This is obviously a developing story right now. We’ll have further updates as they become available.