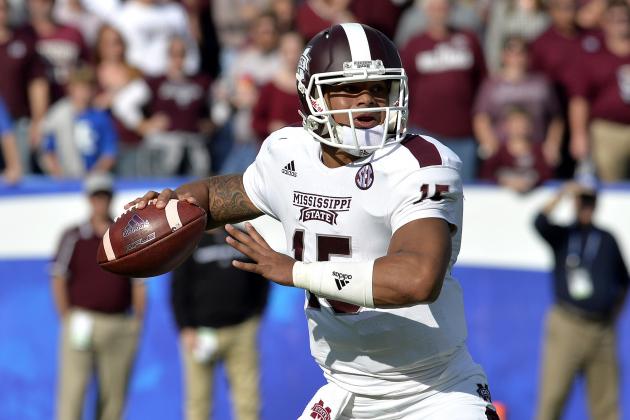 If you’re an absolute college football fanatic, then every day from Dec. 22 to Jan. 4—except for Christmas—is a holiday because a bowl game awaits to siphon off any free time not spent with family, friends or at work (although some of those activities will inevitably get combined).

There are 31 bowl games total remaining, and although it’s hard to find a rooting interest in many of the games whether it’s due to a team’s poor finish, a lack of rivalry or just general post-regular season apathy, the action will play out and give observers one last look at teams that will never again exist in their current form.

BYU-Memphis probably didn’t sound like a hot ticket to many sports fans when the bowl games were announced, but the two teams combined for 103 points and plenty of fireworks in a Memphis overtime victory.

Here is the updated schedule for the remaining bowl games, complete with predictions for every contest, followed by a closer look at one of the most intriguing non-College Football Playoff matchups to take place in the coming days. 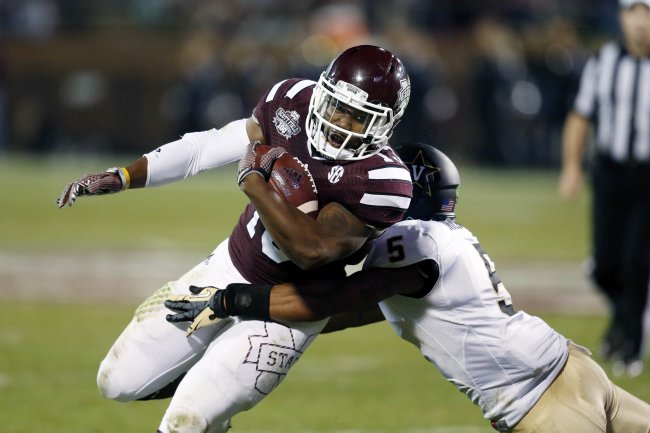 Mississippi State (10-2, 6-2 SEC) fell off the national radar after losing to Ole Miss in the Egg Bowl on Nov. 29, and Georgia Tech (10-3, 6-2 ACC) never really piqued much interest until they had a shot at knocking off an undefeated Florida State in the ACC title game, but these two teams are more than just also-rans and offer a uniquely competitive matchup that should make for some rough and rugged television viewing.

The Orange Bowl might lack some of its usual luster in the eyes of most fans since it isn’t hosting a College Football Playoff game, but that doesn’t appear to be an issue for this Mississippi State squad. The Orange Bowl still holds weight.

“We felt this was an unbelievable destination for us to go to,” said Bulldogs head coach Dan Mullen, via The Associated Press (h/t FoxSports.com) “If you went and asked all our players to what bowl game they wanted to go, this would be their No. 1 choice.”

Fans who’ve become numb to the explosion of spread offenses and hurry-up, no-huddle attacks can take comfort in settling into the rhythmic, languid pace of the Yellow Jackets’ triple-option offense, the masterwork of head coach Paul Johnson. 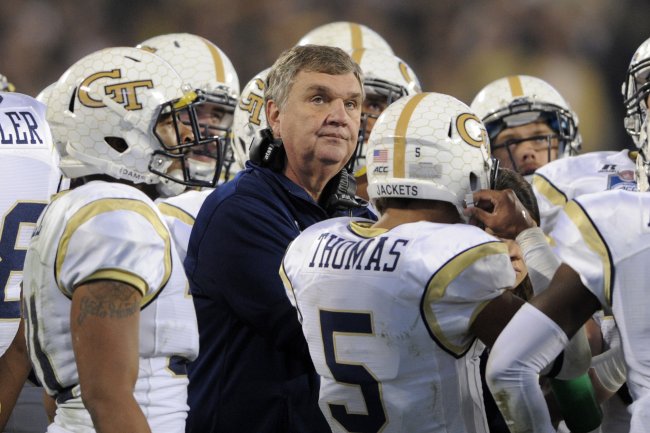 Who gets in on this multipronged running attack? Just about everyone who doesn’t start off each play with a hand on the ground.

When this offense is flowing, it’s poetry in motion although running into the teeth of the Bulldogs 25th-ranked rushing defense might see the works gummed up a bit more than usual. The Yellow Jackets faced just two teams that proved to be stauncher against the run than Mississippi State this season: Clemson and Virginia.

Fortunately, Georgia Tech controlled the clock and won both of those games handily behind strong performances from senior running back Synjyn Days and big-play specialist Broderick Snoddy (10.1 yards per carry this season).

The Bulldogs will need big games out of junior linebacker Benardrick McKinney, a strong, disciplined tackler, and defensive lineman Preston Smith, who led the team with 14.5 tackles for loss, per CFBStats.com.

When Mississippi State is on offense, you have the pleasure of watching one of the nation’s best dual-threat quarterbacks in Dak Prescott, who could be playing his last game as a Bulldog if the NFL wants him enough. According to The Clarion-Ledger‘s Michael Bonner, Prescott has received a draft grade from the NFL although he won’t reveal the results and remains committed to the task at hand.

“I’m not even focused or paying attention to it,” Prescott said, via Bonner, “I’m just worried about Georgia Tech and getting this Orange Bowl win.”

The Orange Bowl could be a spectacular sendoff for Prescott, a player who was relatively unheralded prior to this season and brought more attention to Starkville than just about any other player in the program’s history.

Ball control will be key for the Yellow Jackets, as Prescott is liable to have a huge game against their soft defense. Georgia Tech ranked 77th in passing efficiency defense and 68th in rushing defense, per NCAA.com.

Florida State’s Jameis Winston torched Georgia Tech for 308 yards and three touchdowns in the ACC title game and didn’t even establish the threat of running the ball on his own. Prescott and tailback Josh Robinson could prove to be quite a headache for defensive coordinator Ted Roof.

This game could very well come down to special teams. Georgia Tech needs to keep the ball away from Mississippi State and run their offense the way they see fit. It appears they have the weapon to do so, via The (Macon, Georgia) Telegraph‘s Stan Awtrey:

Georgia Tech ranks dead last in the ACC for the number of punts. The Yellow Jackets have kicked it away only 29 times, 15 fewer than No. 2 Florida State. That number is so low because the offense has been effective at keeping the ball and converting on third downs.

Ryan Rodwell has delivered when needed. He has averaged 40.8 yards per punt, with a long kick of 55 yards. Only two of his punts have resulted in a touchback, and 13 times he has placed the opposition inside the 20. Seven of his kicks have been fielded with a fair catch.

There is plenty for Georgia Tech fans to feel hopeful about heading into this contest, but this game might mean too much to a Bulldogs program that doesn’t get too many chances to shine in the national spotlight. Look for Prescott to put in another spectacular performance, leaving fans wondering if it is the last chapter in what should be an unassailable legacy at Mississippi State.