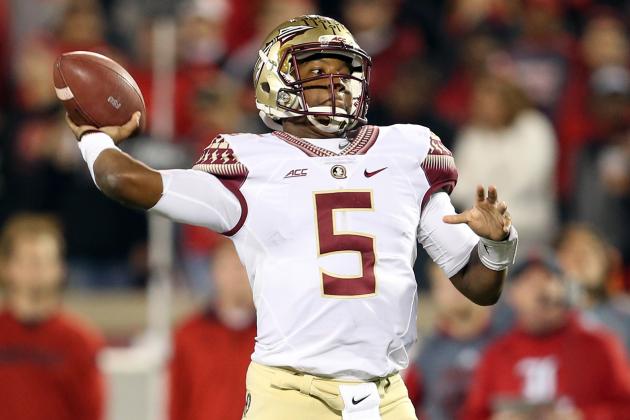 While some teams are limping their way toward bowl season and the current campaign’s finish line, others are firing on all cylinders and looking to make a statement.

The latter point is certainly true of all four teams that qualified for the College Football Playoff, but there are other teams that would like to continue their excellent play and end the year on a high note even if it doesn’t include a championship.

Regular-season success in college football is great, but bowl season is a totally different animal. Here is a closer look at how some of the top teams will fare when the games truly count.

With 29 consecutive wins to their credit, Florida State may very well be the hottest team in college football. That is bolstered by the fact that they are the defending national champions, but there is no question that the Seminoles have escaped with wins by the skin of their teeth on several occasions in 2014.

Oregon does have one loss, but it came way back in October, and the Ducks have been dominant in winning every game by double digits since then. That is why Oregon is a fairly significant favorite entering the Rose Bowl. However, FSU won’t go quietly.

The Seminoles have a penchant for pulling out big games and making plays in the clutch. They may not blow teams out like the Ducks, but every win counts regardless of the margin. Florida State is only the No. 3 seed despite going undefeated, but head coach Jimbo Fisher believes that works in his favor, according to Warchant.com:

Jimbo Fisher on FSU falling in ranking this season: “For me as a coach, it was a tremendous tool to be able to teach them a life lesson.”

Also, while FSU lost plenty of talent from last year’s title team, it still has the 2013 Heisman Trophy winner at quarterback in Jameis Winston. He has an excellent array of weapons as well with wide receiver Rashad Greene and tight end Nick O’Leary leading the way.

Greene could be the biggest key to Florida State’s success as Oregon will be without shutdown cornerback Ifo Ekpre-Olomu due to injury, per SportsCenter:

That may help the Seminoles score some points, but the Ducks aren’t afraid to engage in a shootout. They have the reigning Heisman Trophy winner in the form of quarterback Marcus Mariota, and they have speed to burn at absolutely every skill position.

The Seminoles are going to hang in there and cover the 8.5-point spread, but Oregon’s explosiveness will prove to be a bit too much as it will win a 45-42 thriller.

In the other CFP semifinal, No. 1 Alabama will look to live up to its billing against No. 4 Ohio State. The Crimson Tide have been considered the best team in college football for much of the year despite losing to Ole Miss in October, and now they have a chance to prove it.

The Buckeyes barged their way into the CFP with 59-0 dismantling of Wisconsin in the Big Ten Championship Game. With top quarterbacks Braxton Miller and J.T. Barrett both on the shelf, Cardale Jones got the job done in his first start. Repeating that feat won’t be easy against the nation’s No. 4 defense.

As good as Bama is on that side of the ball, though, most of the focus will be on its offense. The Buckeyes have a somewhat inconsistent defense, but they can’t afford to have any lapses when defending Heisman Trophy finalist and star wide receiver Amari Cooper, according to ESPN College Football:

“How does Ohio State compete? On defense, they have to go out & prepare for Amari Cooper.” @KirkHerbstreit #CFBLive pic.twitter.com/2BlNaeWoSu

A big reason for Cooper’s success has been the play of quarterback Blake Sims. Nobody was sure how he would fare in place of A.J. McCarron, but he has been even better than advertised. Per Bruce Feldman of Fox Sports, Cooper views his signal-caller as a true leader:

Amari Cooper raved about #Bama QB Blake Sims’ resilience: “So many people doubted him. He’s such an inspiration to a lot of ppl.”

The Tide also have a pair of excellent running backs in T.J. Yeldon and Derrick Henry, so OSU will essentially have to pick its poison.

A nine-point spread is fairly large for a talented team like the Buckeyes, but their inexperience at quarterback will ultimately come back to bite them against an elite defense, and the Tide will roll to a 38-21 victory.

Baylor feels as though it should be playing for a national title, but the Bears were left out of the CFP, which means they will instead meet a strong Michigan State team in the Cotton Bowl.

Despite losing just one game and beating a strong TCU squad, Baylor sits as the No. 5 team in the nation, which is the loneliest number under the current format. With that in mind, it could be quite difficult for head coach Art Briles to get the Bears excited for this bowl.

That likely won’t be a problem for the Spartans since they didn’t have a realistic CFP shot with two losses. Michigan State is far from a pushover, though, as it is seventh in scoring offense and 12th in scoring defense. That makes MSU one of the most well-balanced teams in college football.

Baylor, of course, is all about offense and the play of quarterback Bryce Petty. According to Chris Solari of The Lansing State Journal, Michigan State defensive coordinator Pat Narduzzi is quite cognizant of the Bears’ frenetic offense:

Narduzzi says Baylor’s offense makes the Bears “the fastest we’ve seen,” that they are even faster than Oregon (snap every 10-17 seconds).

That style has helped Baylor become the No. 1 scoring team in the country, but it didn’t encounter many defenses the caliber of MSU‘s in the Big 12. Also, the Spartans have the ability to slow down Baylor’s offense by using its own offense.

Michigan State has an excellent running back in Jeremy Langford who should be able to grind out yardage and eat clock. Also, quarterback Connor Cook is a great decision-maker, and he will find ways to establish long drives as well.

The Bears are favored to win after their great season, but the Spartans have the personnel needed to pull off a 27-24 upset.