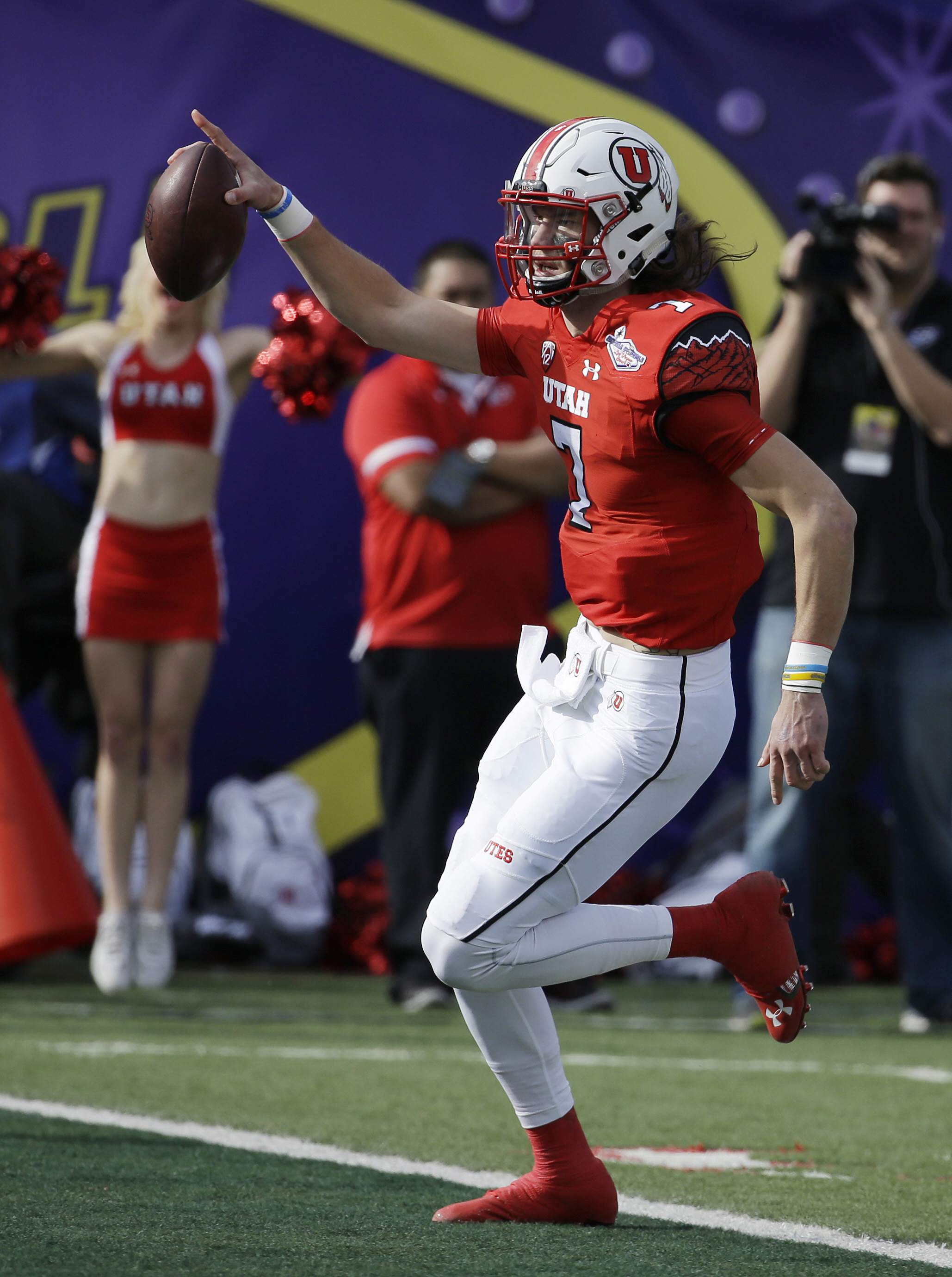 For one game, Utah showed flashes of the team coach Kyle Whittingham hopes he has in the future.

The Utes defeated Colorado State 45-10 in the Royal Purple Las Vegas Bowl, a surprising score considering the Utes offense had been pretty cold for most of the season.

But it scored a Las Vegas Bowl record 24 points in the first quarter and the defense, which has been steady all season, never gave Colorado State a chance to find rhythm and get back into the contest.

The 45 points were the most the Utes had scored in a game since scoring 59 against Fresno State on Sept. 6. They also scored 56 in the season opener against FCS opponent Idaho State.

Most of Utah offensive struggles stemmed from incinsistent quarterback play, but Travis Wilson was steady, especially while running the read option, something he hadn’t done a lot of because of past head injuries. But he accounted for 91 rushing yards and three rushing touchdowns — more rushing touchdowns that he had the rest of the season combined — in his best rushing game of the season.

Overall, the Utah running game accounted for 359 of the Utes 548 total yards. That total yardage was the second-most Colorado State had allowed this season, second to Boise State’s 676 yards earlier in the year.

Offensively, the Rams were stymied. They amassed a season-low 278 total yards, including a season-low 12 rushing yards. The Utah defense, which had some bad statistics simply because it didn’t get much offensive support, gave CSU quarterback Garrett Grayson little time to throw and forced him into two turnovers, which the Utes ultimately turned into points.

Receiver Rashard Higgins, an All-American, did manage 109 yards, but he was held out of the end zone for only the third time this season.

The Rams only touchdown came off a trick play that saw receiver Charles Lovett throw a pass back to Grayson, who ran 39 yards for the score.

This wasn’t exactly the best audition for Colorado State interim head coach Dave Baldwin, who is in the running to replace Jim McElwain, who left to coach Florida. Colorado State didn’t play like it was mourning the loss of their head coach, but rather like a team that was outmatched and outcoached.

Still, the Rams finish the season with 10 wins, the most wins by Colorado State since 2002. Similarly, Utah finishes the year with nine wins, the most for the Utes since winning 10 in 2010.