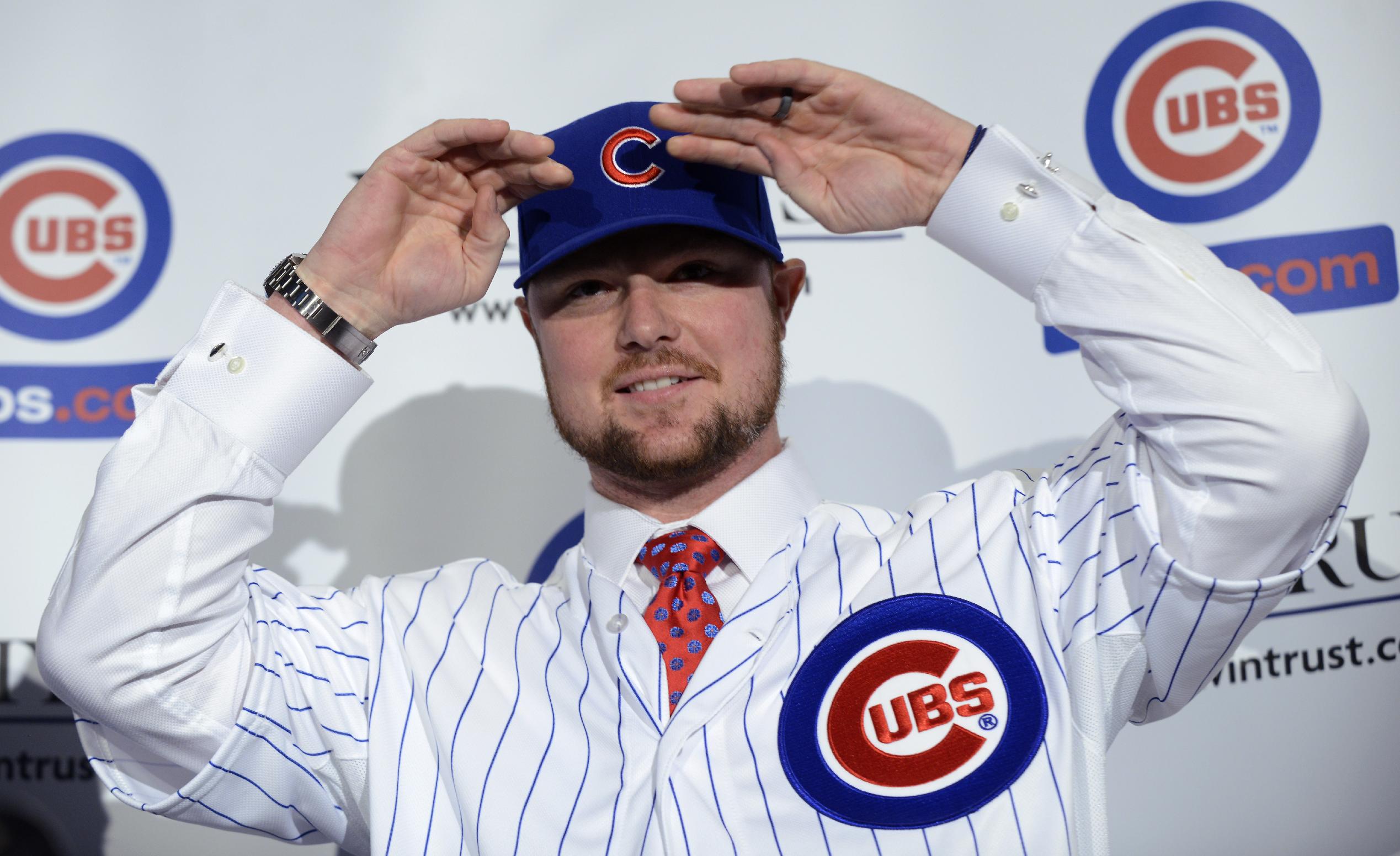 The Chicago Cubs gave Jon Lester $155 million to be their new ace, but they couldn’t give him the number he previously wore on his jersey. In Cubs history, No. 31 is retired in honor of both Ferguson Jenkins and Greg Maddux.

So instead, Lester chose No. 34 — another number that sports fan in Chicago are used to rooting for.

Lester was officially introduced as a member of the Cubs on Monday, putting on his new No. 34 and saying it’s a tribute to three people, two of whom Chicago loved: Kerry Wood and Walter Payton. The third No. 34 is Nolan Ryan, and if the Lester can throw a few no-hitters, Chicago would dig that too.

Kerry Wood told #Cubs it would be an honor if Jon Lester wore 34, so he took it

Back in Boston, where the Red Sox finished as runners-up in the race to sign Lester, No. 34 belongs to David Ortiz. And Big Papi had a lovely Twitter response to the news of Lester’s jersey number change.

Hey @JLester31 if you wanted my number all you had to do was ask jajajaja…..best of luck in chicago bro!!! pic.twitter.com/pjkTSzmxij

Too little, too late, Big Papi.