You are here: Home / Baseball / Jed Lowrie returns to the Astros on a three-year, $23M deal

Jed Lowrie returns to the Astros on a three-year, $23M deal 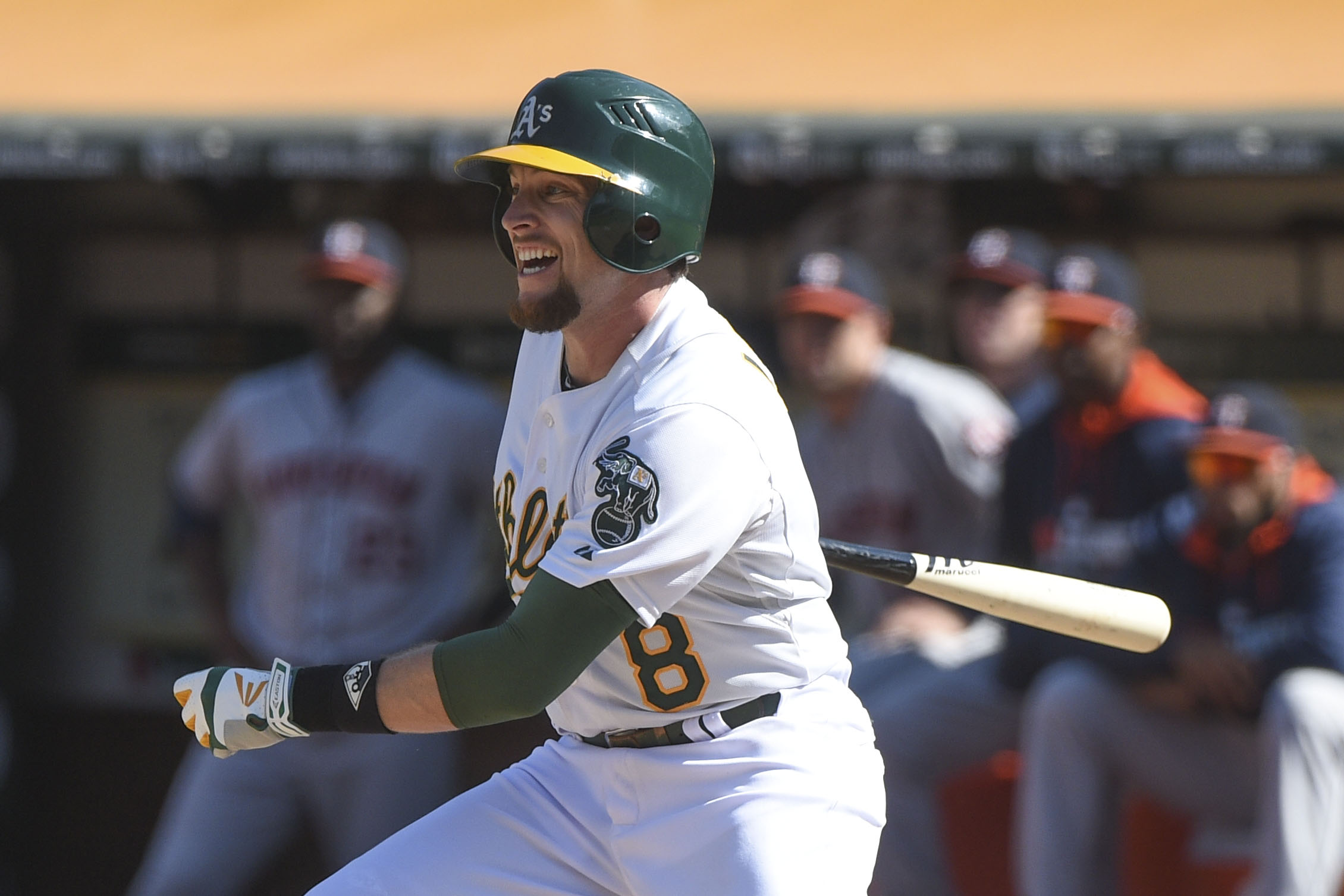 Jed Lowrie is headed back to Houston.

The free-agent infielder has agreed to a three-year deal with the Astros, that’ll have him playing shortstop in Houston again, which he did in 2012. Lowrie is making $23 million guaranteed, and could make more in a fourth year. Per Evan Drellich of the Houston Chronicle:

Source: $23 million over three years for Jed Lowrie, with a team option that could bring it to $28 million.

As we’ve learned in recent weeks, the shortstop market is very thin and Lowrie was the tops remaining at the position on Jeff Passan’s Ultimate Free-Agent Tracker. The Yankees and Dodgers have both solved their shortstop gaps through trades recently, because the market is so rough. The top free agents now are Asdrubal Cabrera and Jung-Ho Kang from Korea, who was supposed to be posted Monday. The New York Mets, for one, still have a need at shortstop.

Lowrie, 30, could have fit a number of teams because he’s versatile in the infield. The Giants, for instance, were considering him for third base. Last year in Oakland, he hit .249 with six homers and 50 RBIs. It was a down year for Lowrie, as his OPS plummeted from .791 to .676.

The A’s traded for Lowrie before the 2013 season, sending slugger Chris Carter, pitcher Brad Peacock and catcher Max Strassi back to Houston. Now Lowrie’s returning to Houston, with things on the way up. Carter hit 37 homers in 2014. Second baseman Jose Altuve led the league in hitting. George Springer brought excitement to the outfield. The Astros didn’t finish in the cellar either. They’ve already strengthened their bullpen by signing Pat Neshek and Luke Gregorson.

The Astros should be fun to watch in 2015, unlike when Lowrie was last playing there.