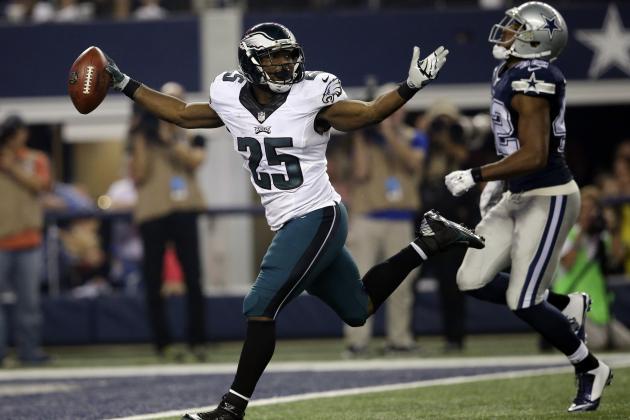 Tim Sharp/Associated Press
Decembers have not been kind to Dallas. With the NFC East in the balance, will the Eagles fly away with a win once more?

One thing about me? I’m a good sport.

Therefore, when my 3-1 week was negated by my column rival, mathematician extraordinaire and founder of Big Time Sharps professor Bill Davis and his identical record, I was cool with it. Maybe it’s the socialist in me, or perhaps it’s because it’s the season of giving, but I’m all for spreading the wealth.

However, this time around, the professional bettor is taking a gamble and going for three underdogs. The fourth underdog is yours truly. Fortunately, I preside in the land of Rocky, so I’m ready to play spoiler (and yes, I realize he lost his first bout to Apollo Creed, buzzkill).

Check out the picks, with lines courtesy of ESPN.com, and let’s see if the holiday season has another miracle left in it. 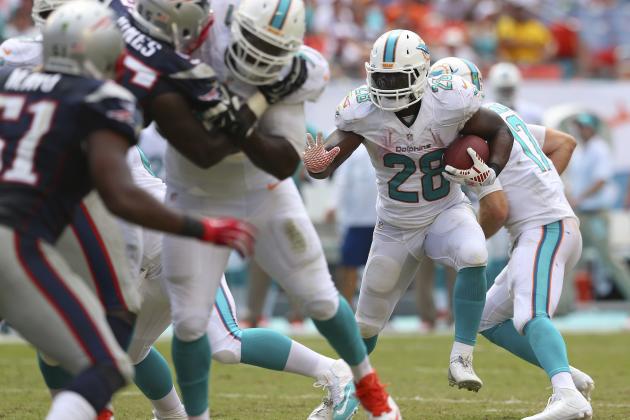 “The Dolphins have been one of the strongest defensive teams in the league, and their offense has mathematically improved dramatically over last year thanks to the improved play of Ryan Tannehill.

“The Patriots have made improvements of their own by getting healthier, and their statistics show it. However, the improved Dolphins have already defeated the Patriots once this season and provide matchup difficulties for them.”

Pick against the spread: “The Davis Equation has the Dolphins keeping it closer than nine points.” 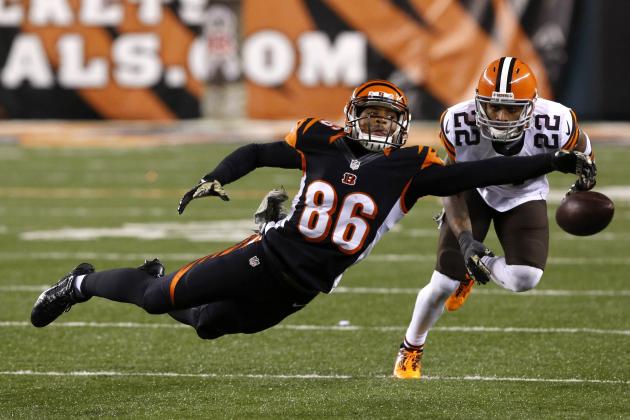 If ego dictated output, we may be about to witness the start of a Hall of Fame career this weekend. However, with a division title on the line and an embarrassing blowout loss at home at the hands of the Dawgs last month to avenge, Marvin Lewis should have his team ready to play.

Pick against the spread: Maybe I’m projecting karma because of my disdain for Manziel as a person, but I’m envisioning the words “Ryan” and “Leaf” attached to him as a comparative trajectory when all is said and done. Regardless, this is a tough situation to be thrust into for any QB making his first career start. The Bengals prevail. 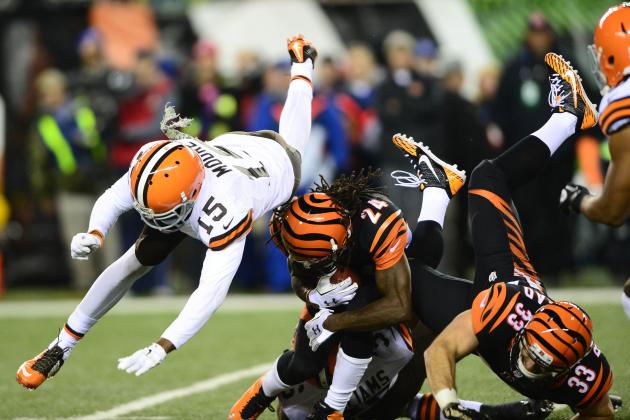 “Mathematically, these teams have been two of the best defensive teams in the league. Additionally, neither team’s variation in offensive output has been consistent all season long.”

Pick against the spread: “The Davis Equation has the Bengals and Browns scoring less than 44 points combined.” 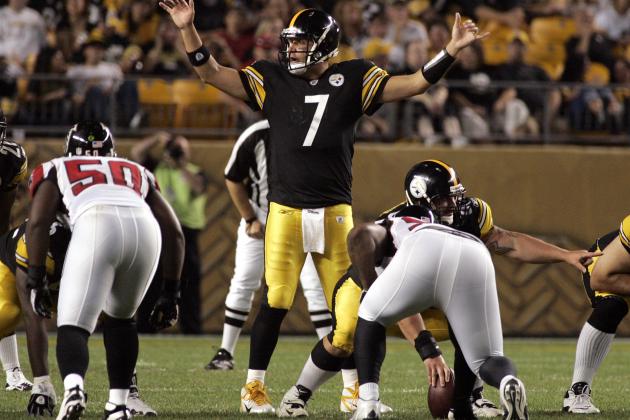 Here we have two teams with playoff aspirations, though the Falcons just may be the worst division-leading team this late in a season…ever.

Big Ben and the Steelers have shown they can go deep with the best of them—and the Dirty Birds and their league-worst passing defense have shown they can let them—but look for Mike Tomlin to lean on Le’Veon Bell and play keep away from Atlanta’s “O.”

Pick against the spread: Bell has been a revelation this season, and although very few tandems are performing better than the Matt Ryan–Julio Jones pu pu platter, look for Pittsburgh’s ball-control efforts to keep the total score south of 55. 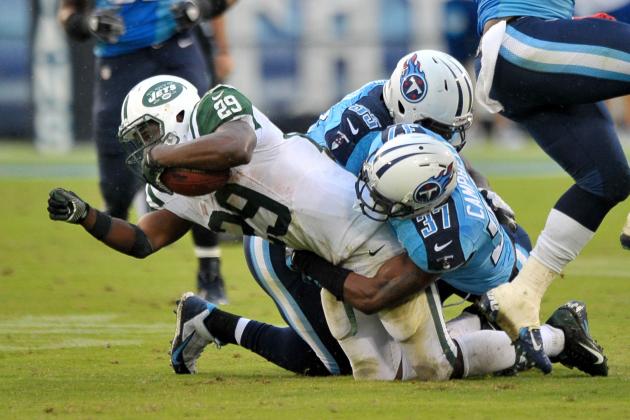 “The Titans have been a poor team all year but have shown improvements on both sides of the ball. The Jets’ passing game is last in the league. That does not bode well for the Jets in a pass-heavy league.”

Pick against the spread: “The Davis Equation has Tennessee keeping it closer than three points.” 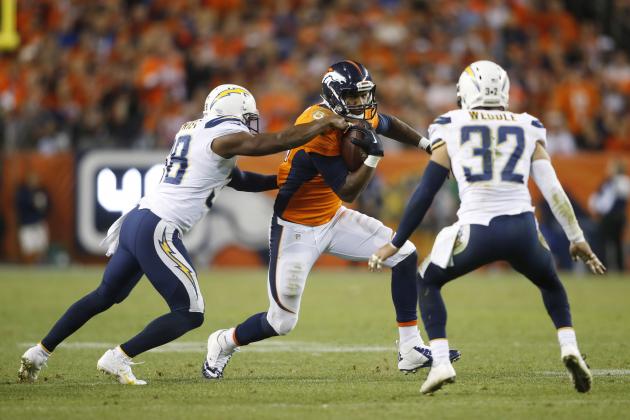 The easiest bet to make this week is that Peyton Manning will not go a second consecutive week without a touchdown pass.

To further complicate matters for Ron Burgundy’s home town, this is usually the time of year when the Broncos—winners of 10 of their last 11 December contests—kick it into the next gear.

Pick against the spread: The running back merry-go-round in Denver has stopped on rookie sensation C.J. Anderson. Having that added threat in the backfield—and knowing that they can wrap up the division with a couple weeks to spare—should be enough for the Broncos to win comfortably against San Diego, a team they’ve beaten six out of seven times now. 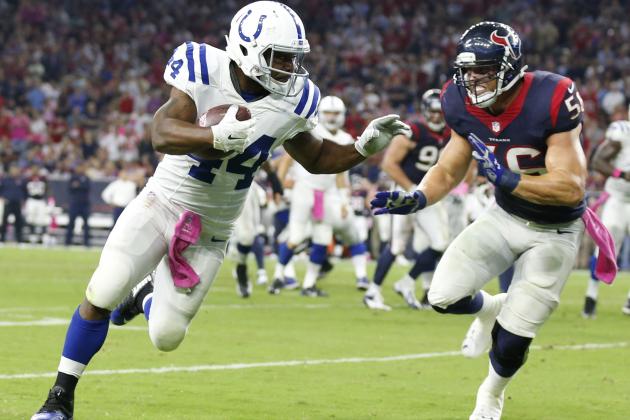 “J.J. Watt may be the league’s MVP, and his defense has been even better as of late. The Indianapolis passing game is the best in the league and should be able to score a little but not enough to beat the Texans by more than a touchdown. Additionally, Houston’s offense has been performing much more consistently, both run and pass.”

Pick against the spread: “The Davis Equation has the Texans keeping it closer than seven points.” 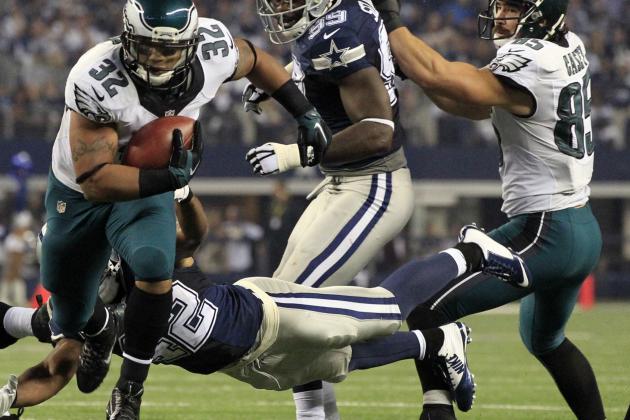 The Birds feasted on Thanksgiving in Dallas, winning by 23 in a game that wasn’t even that close. The secret? Running it down the Cowboys’ throats (256 yards on the ground).

In fact, in the Chip Kelly Era, the Eagles are a perfect 11-0 when LeSean McCoy cracks the 100-yard mark.

Pick against the spread: Here’s another fun stat I dug up (especially for Cowboy haters): Dallas has had just one winning record in December since 2001—and even then (2012), it lost its last two! Don’t expect a second consecutive dud at home for Philly, which should prevail by more than a field goal.