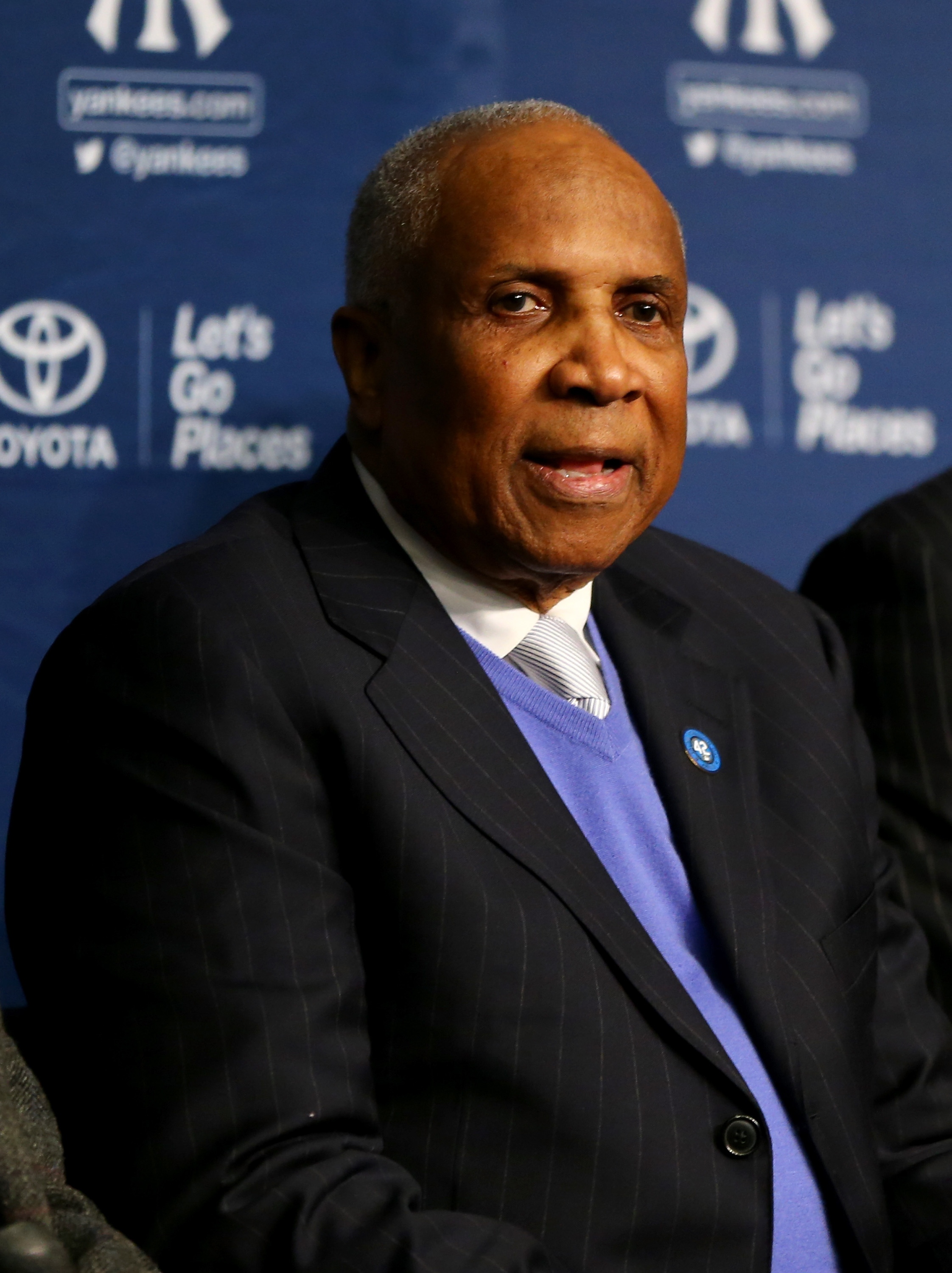 Sylvia Lind has worked for Major League Baseball since 1995, most recently as its director of baseball operations initiatives, making her the top-ranking female Hispanic executive in the game.

During a recent performance review, however, Lind was allegedly told by her boss, Hall of Famer Frank Robinson, that “there are places women can’t go,” which is when her career at MLB took a drastic turn.

Lind, in a lawsuit filed Thursday in New York City, came out blazing against the Commissioner’s Office. Among her allegations: gender discrimination, a lack of opportunities for Hispanic females and that Robinson, the executive vice president of baseball development, isn’t qualified for his job. MLB has denied all the claims in the suit.

The lawsuit names Robinson, MLB and Commissioner Bud Selig as defendants. It seeks monetary damages, but the amount is unspecified. The New York Post has more specifics on Lind’s lawsuit:

While working for Robinson, Lind claims the 79-year-old — who played 20 years and became the first player to win MVP awards in both the National and American leagues, before becoming a manager — subjected her to unfair performance reviews and refused to promote her because she’s a woman.

Lind also says she was never considered for Robinson’s current job, which pays over $1 million annually.

“Robinson had only earned a high school diploma and did not maintain the skill set to qualify him as an executive vice president in a business oriented department in [the Baseball Office of the Commissioner],” the suit says.

The suit also points out that baseball — a sport with many Hispanic players — doesn’t have any Hispanic females who rank as vice presidents or higher.

There are 52 people in those roles, the suit says, with 12 women and two Hispanic men, but no Hispanic women. Lind is Cuban-American and, according to her bio, has a law degree from Fordham University.

As director of baseball operations initiatives, Lind, 48, works on things such as the Futures Game and the annual Civil Rights Game. That comes up in the suit too:

“While plaintiff has always maintained a professional demeanor to the public and endeavored to do what is in the best interest for MLB, it has been extremely disheartening, utterly demoralizing and extraordinarily taxing on her, both emotionally and psychologically, to almost singlehandedly perpetuate what she has known to be the diversity and equal employment opportunity falsehood,” the lawsuit said.

For its part, MLB isn’t saying too much, it being an active lawsuit and all, but the Commissioner’s Office did issue a standard denial:

“The claims in this suit are absolutely without merit. Since this is ongoing litigation we cannot comment further.”

Rob Manfred, baseball’s next commissioner, is set to take over for Selig in January. Sounds like he’ll already have one tough situation on his hands.