You are here: Home / Baseball / MLB Network’s “The Third Team” documentary to air on Friday night

As the Winter Meetings in San Diego move into our rearview mirror, our primary focus shifts away from the 2014 season that was and moves to the 2015 season ahead. With that in mind though, there’s no harm in taking a few glimpses back, paritcularly to the exciting seven-game World  Series between the San Francisco Giants and Kansas City Royals.

On Friday night at 9:00 p.m. ET, MLB Network will give an opportunity to do just that, although with a unique twist. It’s the second installment of the network produced “The Third Time,” a documentary style prorgram that gives us rare access and a behind-the-scenes look at the umpires who selected to call the World Series.

From the MLB Network press release:

For MLB Network’s second installment of The Third Team, the 90-minute show includes highlights from more than 80 hours of footage and live audio both on and off the field, giving a glimpse at umpires’ personalities and their interactions with members of the San Francisco Giants and Kansas City Royals, including during the outburst between Royals catcher Salvador Perez and Giants reliever Hunter Strickland in Game Two. With expanded replay used for the first time in 2014, The Third Team also gives viewers an exclusive look inside the MLB Replay Operations Center during each of the two World Series replay reviews, including the pivotal overturned call at first base during Game Seven. 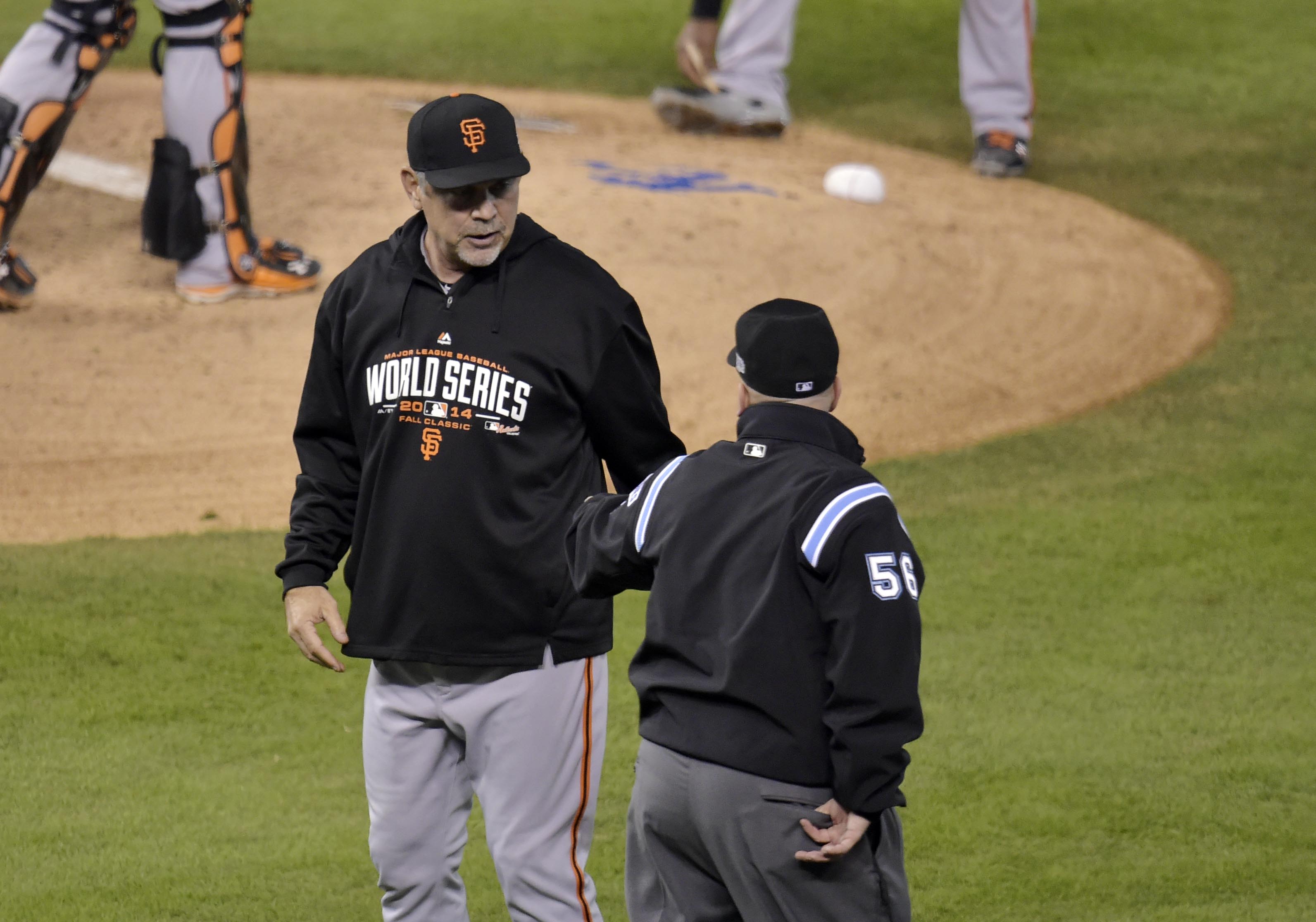 The program will include Joe Torre’s call to Eric Cooper, who told the media in October that he nearly drove off the road when learning of his first World Series assignment. The story sounded unbelieveable, but it’s all right here, including Torre advising Cooper to put the car in park and change seats with his wife.

Real moments. Real emotions. The real story of what goes into umpiring the biggest Series at the highest level will all be captured and covered in 90 minutes. Be sure to check it out or set your DVR.