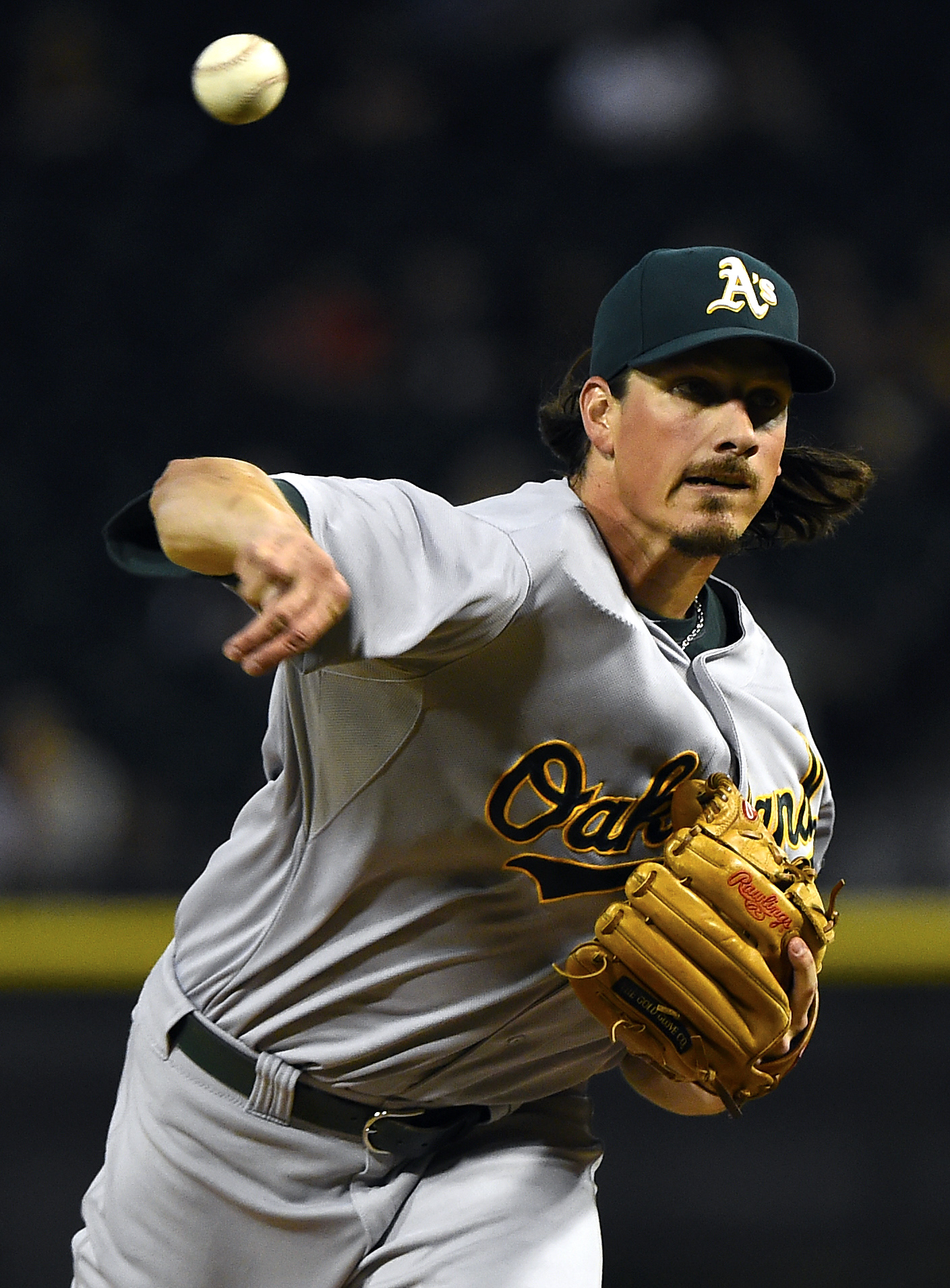 SAN DIEGO — The Oakland Athletics were the most interesting players on the first day of MLB’s Winter Meetings, trading Brandon Moss to the Cleveland Indians in the morning, then steering the evening chatter by setting up a trade to send Jeff Samardzija to the Chicago White Sox.

Such is the Oakland way, as we’ve seen time and time again — flip one player for a pair, sell high when you can, get younger, extract as much value as possible from the players you have.

Samardzija has been a rumored trade piece for weeks, with talks reigniting as the Winter Meetings began. The deal to the White Sox was confirmed as finished Tuesday by David Kaplan of CSN Chicago.

When all was said and done and the trade was announced, a total of six players changed teams: The A’s gave up Samardzija and minor-league pitcher Michael Ynoa in exchange for shortstop Marcus Semien, catcher Josh Phegley and prospects Rangel Ravelo, a first baseman, and Chris Bassitt, a pitcher.

A’s announce deal that sends Jeff Samardzija and Michael Ynoa to White Sox. Ynoa was at one time got highest-ever bonus for Latin player.

Scout said nice things about Rangel Ravelo last season. Big ? with him is power. Between Ravelo and Matt Olson, Oakland deep in minor lg 1B.

You have to love this deal for the White Sox, who can pair Samardzija with Chris Sale for a great 1-2 punch in their starting rotation. They’re going for it, and this will help. Ynoa wears the “bust” tag right now, having never advanced past Single-A, but he’s still just 23, so there’s a chance a change of scenery helps him.

For the A’s: Semien, 24, is a sixth-round pick from 2011 who could fill Oakland’s need at shortstop. He only hit .234 last year in Chicago, though, in 64 games. He’s a Bay Area boy, having played college ball at Cal. In exchange for Moss, their slugger who is recovering from hip surgery, the A’s got second baseman Joey Wendle, which also helps their infield corps. Phegley gives the A’s another option behind the plate, and we knew they like to use a number of catchers. The young guys add more depth to their farm system.

The theme from A’s brass Monday was that they weren’t done yet — and, mind you, this was before the Samardzija rumors really picked up. Bob Melvin, in the middle of a day that proves his is among the most complicated managerial jobs in baseball, was asked how confident he was the A’s still had more moves coming.

“Oh, I’m pretty confident,” Melvin said. “You look at how the offseason has gone, we signed Billy Butler, and we traded Josh Donaldson. And so it looks like we’re going in one direction, then we go another. I think we have to wait until all is said and done, and wait to get to spring training to see what roster we have. I feel like it’s going to be a competitive roster, and that’s the way it’s been since I got here in the middle of ’11.” 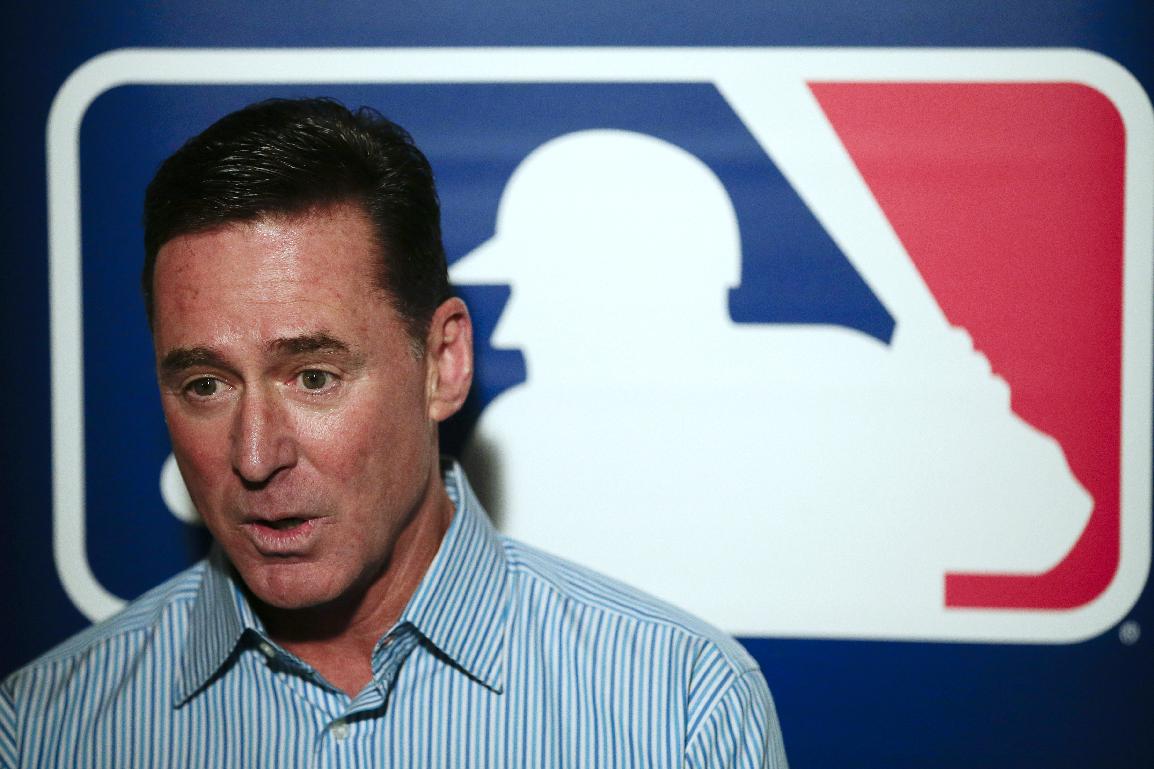 Both Melvin and GM Billy Beane compared their last month to the 2011 offseason, in which Oakland traded three of its best players — Trevor Cahill, Gio Gonzalez and Andrew Bailey — but still went on win the AL West in 2012 with its retooled roster.

“We sort of took what were our best assets [in 2011], collected young players, and, as a result, we were sort of able to redeploy the payroll,” said Beane. “That was all in January and February. There is a lot of the offseason. The benefit [this year] is we could conceivably have some savings to reinvest. That’s the balance we’re trying to walk. What we’re not going to do, trying to do, is reduce payroll. That’s a product of some of the trades we may make. The flip side, if we see available guys who can help us in 2015 and 2016, we’re going to do that.

“In some respect, that’s what Butler was. It was just early. It wasn’t that we sort of switched gears after that. We were always going to want a guy like this, a right-handed hitter who hits in the middle of the lineup for three years.”

With the Samardzija trade now official, the A’s still probably aren’t done. This is Billy Beane we’re talking about; he’s always plotting another move. And Melvin has to operate with the ultimate confidence in Beane or else he might just lose his mind.

“This isn’t something where we’re breaking it down and moving in a different direction,” Melvin said. “The players that we’re getting back, we like. There’s always a balance here for us in that we have to look down the road. We lost quite a bit of talent the last couple of years making some trades. Billy is about as good as it gets as far as being able to handle that balance and keep us competitive currently, yet also having to look down the road for the future.”