You are here: Home / Baseball / Giants say they’re out of the Jon Lester sweepstakes

Giants say they’re out of the Jon Lester sweepstakes 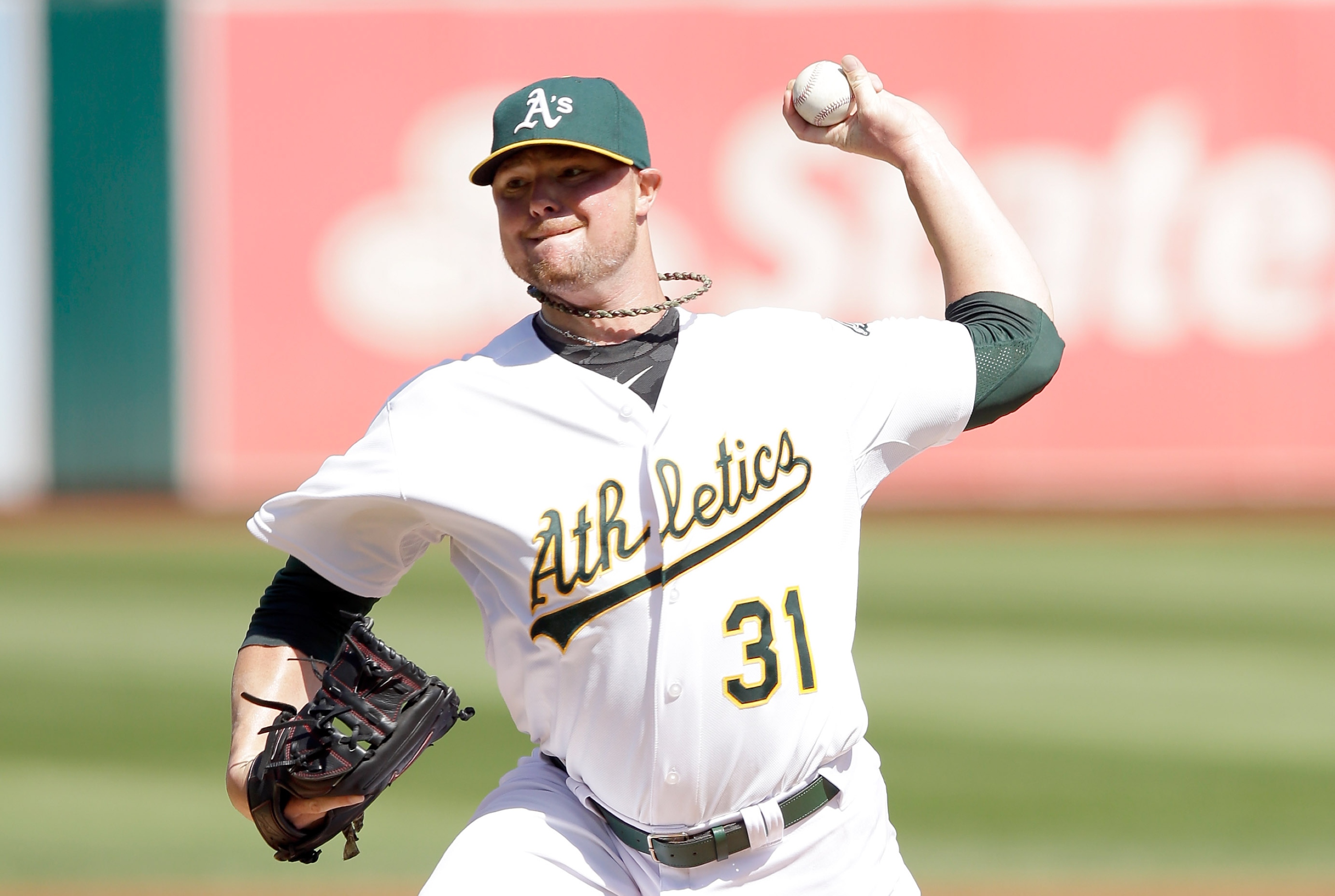 SAN DIEGO — Are we any closer to a decision from free-agent pitcher Jon Lester? Maybe, but we can’t say for sure. But we do know that one team has been trimmed from his list of suitors.

The San Francisco Giants are out, according to Bobby Evans, their assistant general manager. Speaking to reporters Tuesday night at MLB’s Winter Meetings, Evans compared the Giants to a contestant getting booted off “The Bachelor.”

From Eno Sarris of Fangraphs:

Bobby Evans: “we did not receive a rose” and Giants eliminated from race for Lester.

The Giants got a call Tuesday night from Lester himself saying they’re out of the running, which could mean he’s made his decision and he’s telling the other teams. That’s a friendly thing to do, you know. It could also mean that he’s just eliminated the Giants as a possibility and he’s focused on his other suitors.

Evans was particularly amusing in responding to the latest Lester development, even tossing this jab at the rest of baseball. From Alex Pavlovic of the San Jose Mercury News:

Evans on Giants always “finishing second” in bidding for big names: “We finish first in the most important area.”

With the Giants out, it seems like it’s down to the Chicago Cubs and Boston Red Sox. There was a rumor Monday that the Red Sox were out, though some baseball insiders have downplayed that. We haven’t heard anyone say the Cubs are out recently, for what that’s worth.

As for the Giants, Evans told reporters that “anybody’s a consideration” now, including the other top free-agent pitchers Max Scherzer and James Shields. However, Bob Nightengale of USA Today says that the Giants’ Plan B is working a trade with the Atlanta Braves to get Justin Upton and Chris Johnson. Such a trade with fill two of their needs.

The Giants certainly have a need for a third baseman and a power-hitter. They lost power-hitting third baseman Pablo Sandoval to the Boston Red Sox in free agency, and Upton could be their starting left fielder and cleanup hitter. Johnson hit .263 with 10 homers and 58 RBI last season, nearly a 60-point drop from the 2013 season when he batted .321.

Upton, 27, hit 29 homers with a career-high 102 RBI last season for the Braves, and the Braves have not explored the possiblity of signing him to an extension. Upton could receive up to $150 million in the free-agent market after the 2015 season.

The way the Giants see it, if Lester doesn’t come on board, they could find a cheaper alternative with Upton and Johnson, and still be a contender to win their fourth World Series in the last six years.

Don’t count that as a done deal, though. Despite the fit, Jon Heyman of CBS Sports says it’s not happening. Things do change this time of year, though, and losing out on Lester might make the Giants more eager to make a deal.