You are here: Home / Baseball / Carlos Martinez to wear No. 18 for Cardinals to honor Oscar Taveras

Carlos Martinez to wear No. 18 for Cardinals to honor Oscar Taveras 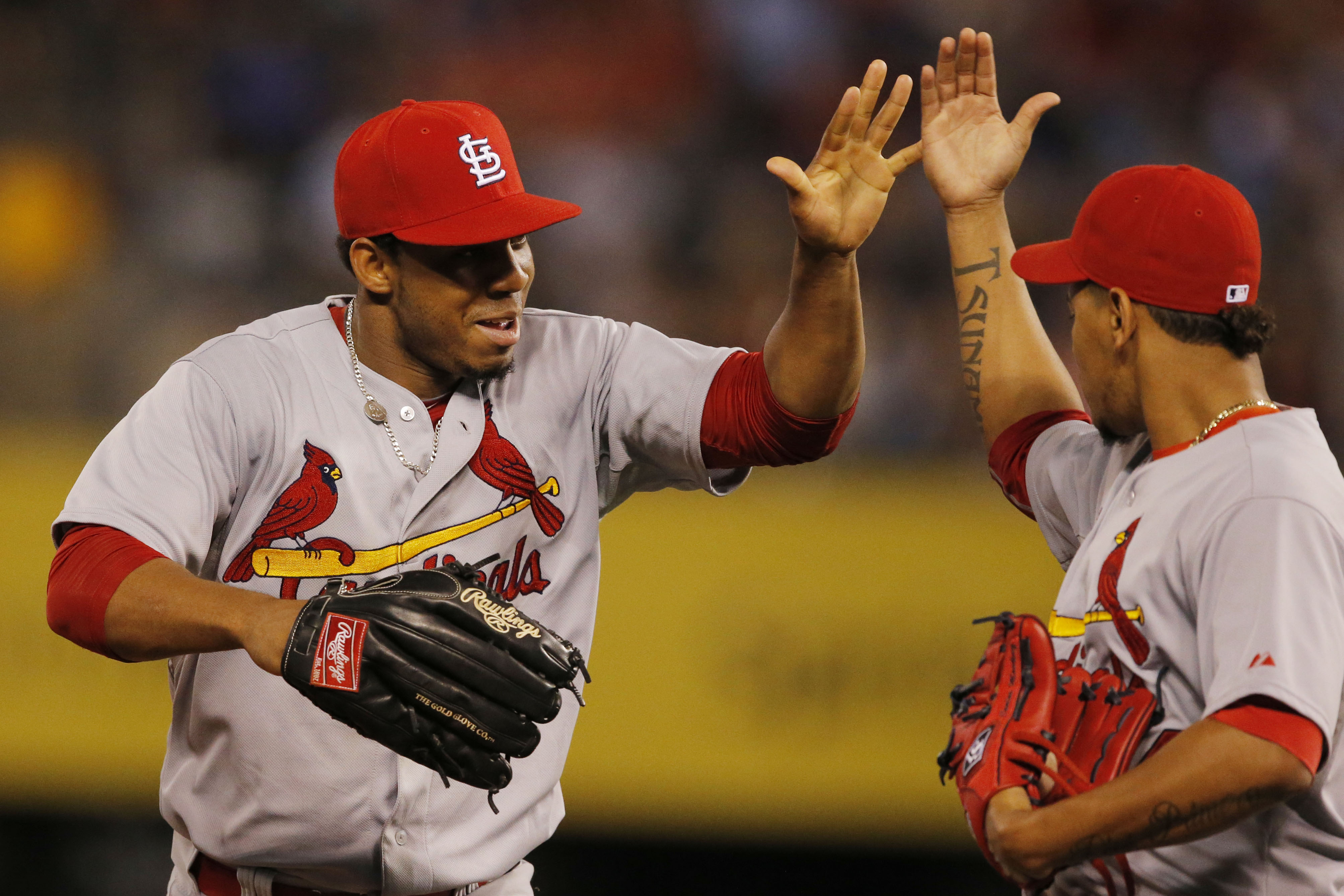 Carlos Martinez will wear No. 18 next season for the St. Louis Cardinals to honor his longtime friend, Oscar Taveras.

Taveras and his girlfriend were killed in a car accident in the Dominican Republic in late October. Martinez asked the organization for permission to change his uniform number and his request has been approved.

This will be the third number Martinez has sported during his short time in St. Louis. He wore No. 62 in 2013 and switched to No. 44 for the 2014 season. This change certainly means more to Martinez than the last one.

Martinez and Taveras grew up near each other in the Dominican Republic and spent many years playing together in the Cardinals’ minor league system.

Primarily used as a reliever the last two years, Martinez has his sights set on starting in 2015. Mozeliak also told the Post-Dispatch that the 23-year-old right-hander is “pitching with a purpose” in Dominican winter ball, which bodes well for his chances of earning a spot in the rotation.

Here’s what we do know. Whether Martinez is coming out of the bullpen or pitching every fifth day, he’ll always will have his friend in mind every time he’s on the mound.