You are here: Home / College Sports / After rolling Missouri, Alabama should stay at No. 1 in playoff rankings

After rolling Missouri, Alabama should stay at No. 1 in playoff rankings 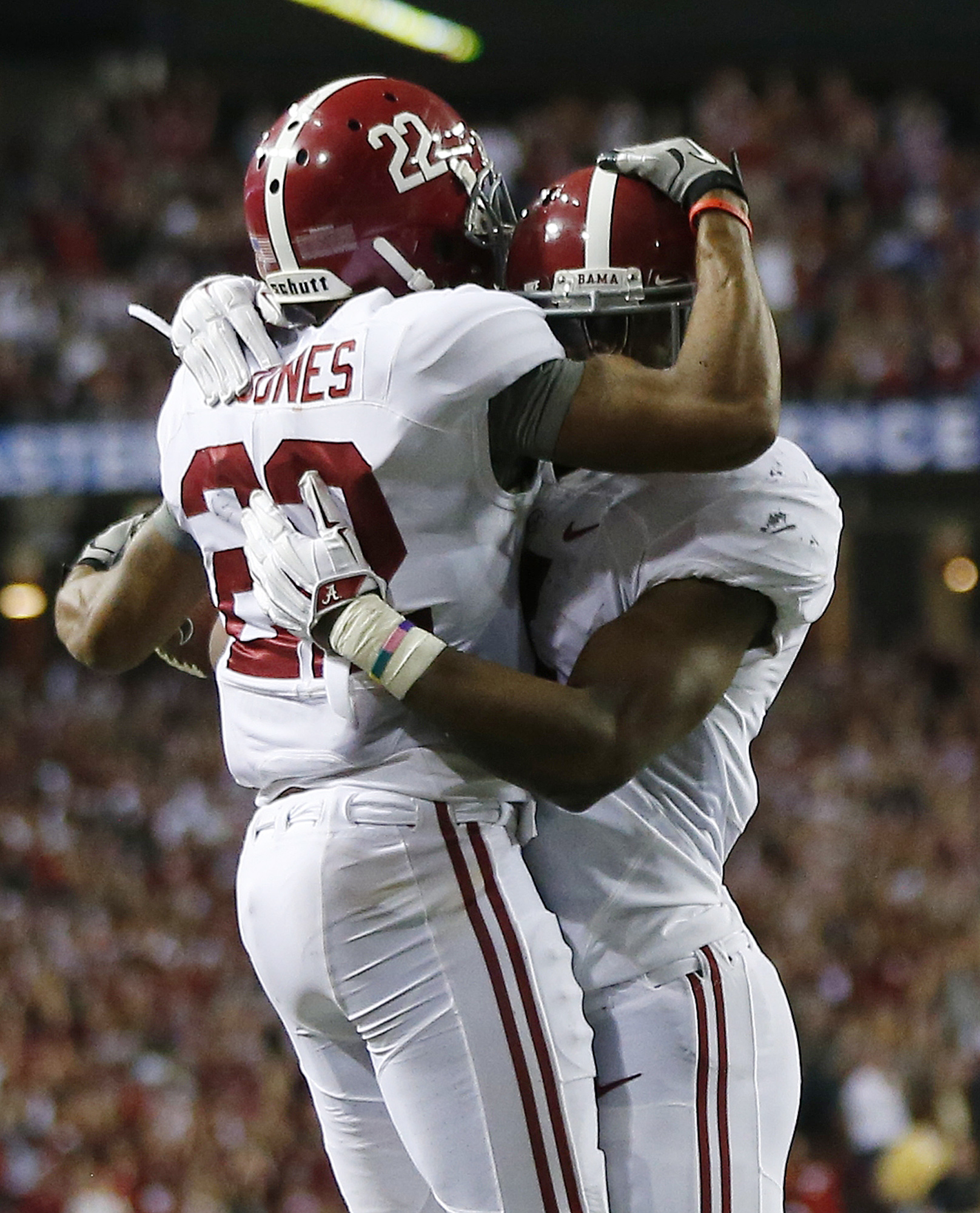 We now know Alabama will be in the College Football Playoff. The only question is if the Tide will remain as the No. 1 seed.

And all signs point to yes after Alabama’s 42-13 win over Missouri in Saturday’s SEC Championship Game.

The Crimson Tide controlled the game basically from start to finish. While Alabama made a few unforced errors, it got away with them. And besides, with the way the game unfolded, it never felt like Missouri could capitalize anyway.

The Tigers pulled within 21-13 in the third quarter after the Tigers discovered that the best offense was a Maty Mauk scramble and deep heave to Jimmie Hunt. Twice it set the Tigers up for scores, but the second one only produced a field goal. At 21-17, perhaps it would have been a different ballgame. But instead, Missouri only got to within eight with an Andrew Baggett field goal.

As soon as Alabama got the ball back, it was an exercise in offensive efficiency. The Tide traversed 64 yards in 10 plays and Christion Jones capped the drive with a six-yard touchdown catch. After Missouri punted, Alabama was in the end zone again just over seven minutes later. The rout was on.

Missouri defensive end Shane Ray, a possible top-10 pick in the 2015 NFL draft if he declares, was ejected in the first half for targeting on a late hit on Alabama quarterback Blake Sims after Sims threw a TD pass to DeAndrew White. While Ray’s absence certainly didn’t help a Missouri defense that’s incredibly reliant on the excellence of its front four, it wasn’t a turning point in the game.

Before Ray left, Alabama spread Missouri out and used quick throws to the edges for big gains. The trend continued after Ray left with some strong running mixed in as well.

While Oregon looked incredibly impressive in exacting revenge on Arizona on Friday night in the Pac-12 Championship Game, Oregon’s display shouldn’t be enough to unseat Alabama at the top of the College Football Playoff committee’s final rankings on Sunday.

Sure, you can nitpick with the Tide’s deep pass defense, which was exploited for the second straight game, but the exploitations on Saturday only came after Mauk had been dispersed from the pocket and was freelancing. The play of Alabama’s defensive front, which completely stopped Missouri’s running game, is why Mauk was out of the pocket in the first place.

While Mauk ended up throwing for 272 yards, Missouri only ran for 41. Alabama compiled 504 total yards by averaging nearly 10 yards per pass and five yards per rush against one of the best defenses in not only the SEC, but the entire country.

The Tide may not be perfect, but no team is. Since Alabama entered Saturday at No. 1, there’s no reason it should leave it anywhere else.