Ryan Dempster officially called it a career on Friday, retiring from active competition after 16 seasons in MLB. However, after spending the 2014 season working as an analyst for MLB Network, it should come as no surprise that Dempster won’t be distancing himself from baseball. Instead, he’s agreed to join the Chicago Cubs front office as a special assistant to president of baseball operations Theo Epstein and general manager Jed Hoyer.

According to the team, Dempster’s new role will include spending time with the club during Spring Training, visiting the club’s Minor League affiliates during the season, and working some scouting assignments both at the professional level and leading up to the MLB Draft.

A good starting place for someone looking to gain experience on the other side of baseball with hopes of moving up the front-office food chain.

“I think just going through this past season and not missing it as much as I thought I would made the decision a lot easier,” he said. “I had a great year off. I got to travel a lot, spend a ton of time with my kids — things I never got to do — and I got to go out on top and win a World Series. Now I can be on the other side in the front office and help get a World Series here to Chicago with the Cubs, because that’s what I dreamt about as a player and that’s what I want as a front-office member.”

On the surface, Dempster may not have seemed like the type who would settle into a serious behind-the-scenes role. Always a jokester and a prankster, we rarely saw Dempster serious at all when he wasn’t on the mound putting hitters away with his mid-80s slider. But he was able to mix things up pretty well as an analyst, showing off his playful side and his knowledge in equal doses.

Not that he had to sell Epstein. Their short time together toward the end of Dempster’s playing days in Chicago did plenty to enlighten him

“Demp has a lot to offer,” Epstein said. “He has a lot of insight into the game of baseball and into people. He’s a lot of fun to be around, and most importantly, he cares about the Cubs and loves this organization. When he says he wants to make it better, it’s coming from a genuine base.

“He can relate to current players, he can relate to young kids in the Minor Leagues, he can talk to front-office guys and scouts. He’s going to be an asset for us, evaluating and helping players in their development and perspective.”

It may not be long before we see the type of influence Dempster can have in his new role. According to Carrie Muskat of MLB.com, Dempster is already hard at work recruiting Jon Lester, who was his teammate with the Boston Red Sox in 2013. 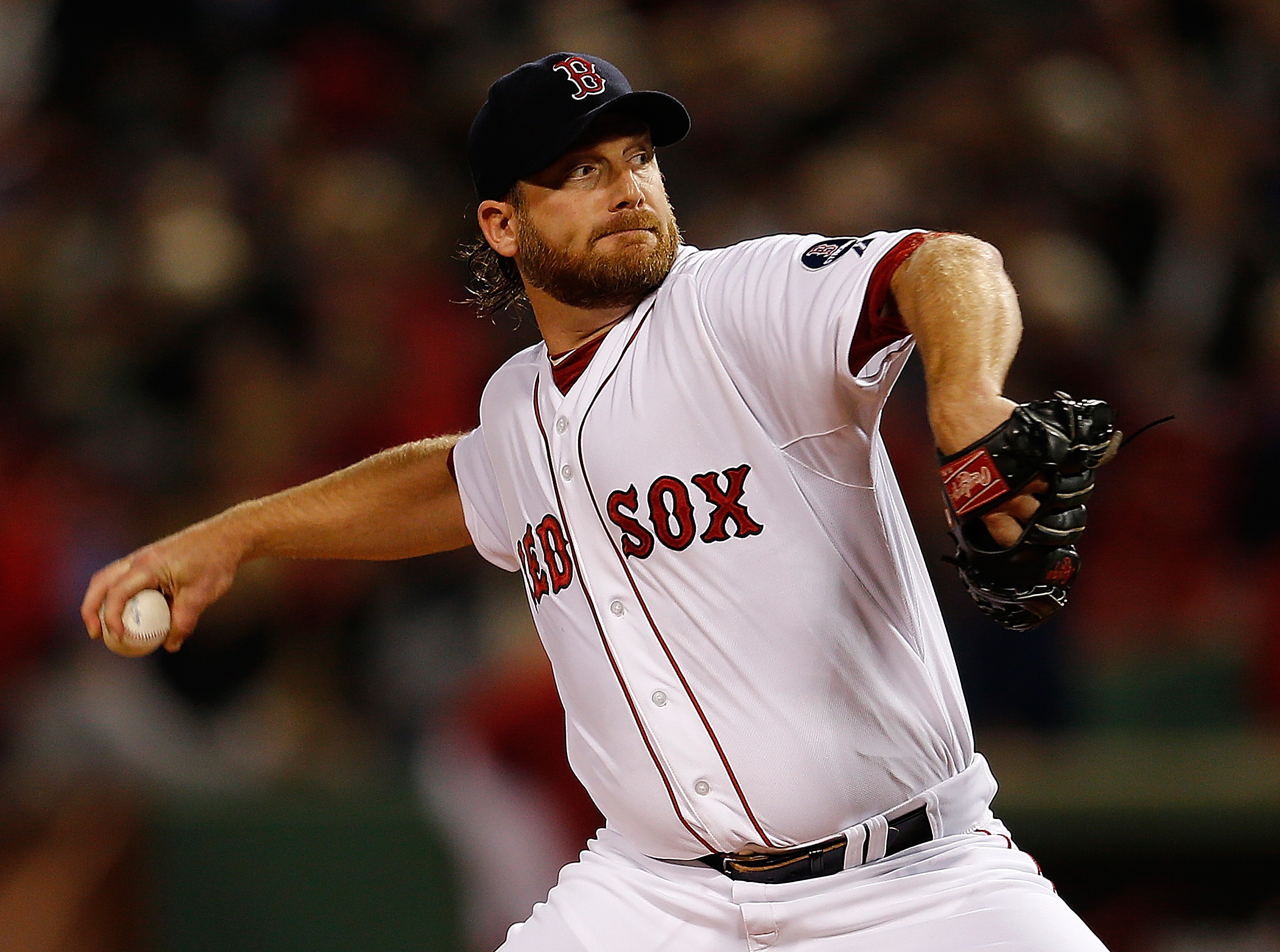 “Jon and I have talked about how great it is to play here,” Dempster said at the Cubs’ offices near Wrigley Field. “He knows that and he’s got an extremely tough decision ahead. But whatever the decision is, hopefully it’s here with the Chicago Cubs because he won’t be disappointed. I know the city of Chicago would embrace him. He’s the type of person who could pitch here and do well here. Hopefully, we’re lucky enough to have him here with us.”

It’s not known if the Cubs will be able to field a competitive offer for Lester, but if he does land there, Dempster’s influence could be a tipping point.

Dempster, who played for five different teams during his career, had a nine-year run with the Cubs from 2004-12. It seemed to be the atmosphere that brought him the most comfort, and consequently produced his best run of consistent success. Dempster served as both a starter and a closer in Chicago, recording 85 saves from 2005-07.

It’s also where Dempster makes his home, so it’s only natural that Chicago would be where he takes his first big step post baseball.

“The nice part is this is my home here, I’m living here just a few blocks away and can always be around,” he said. “I never thought I’d enjoy teaching and coaching until I coached a bunch of 8-year-olds. I’m looking forward to upping that age level to some 18- to 20-year-olds and contribute wherever I can and pass along some things that I learned along the way.”

It’s the perfect spot to begin his transition, and to work under the likes of Esptein and Hoyer will only enhance his ‘resume’.