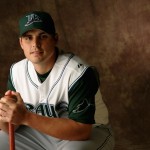 Report: Rays hire Kevin Cash as their new manager The Tampa Bay Rays, the only MLB team without a manager, said they wanted to name their replacement for Joe Maddon before baseball's Winter Meetings. They barely made it. Fox Sports' Ken Rosenthal is reporting that the Rays have chosen Kevin Cash to be their new skipper. He'll now be the youngest manager in MLB (he turns 37 on Saturday) after … END_OF_DOCUMENT_TOKEN_TO_BE_REPLACED 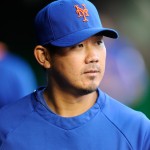 Daisuke Matsuzaka signs with Japan's Fukuoka Softbank Hawks As expected Daisuke Matsuzaka is going back home to Japan, likely closing the book on his career in MLB. The Fukuoka Softbank Hawks announced on Thursday that they were signing the 34-year-old right-hander. Earlier this offseason there were reports out of Japan that the reigning Nippon Professional Baseball champions had offered … END_OF_DOCUMENT_TOKEN_TO_BE_REPLACED 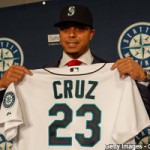 Baseball Daily Dose: Daily Dose: Mad Money Mariners Friday, December 05, 2014 The Mariners missed the playoffs by one game this past season, due in large part to the fact that it ranked in the bottom half of the league in a number of offensive categories. The fantasy season is over, but baseball never stops. For all the latest news and notes around the league, keep refreshing Rotoworld's … END_OF_DOCUMENT_TOKEN_TO_BE_REPLACED 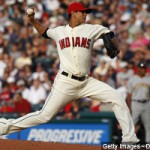 Around the League: Fantasy Risers: AL Central Thursday, December 04, 2014 Over the past several weeks, the Rotoworld staff has been highlighting players whose fantasy value is on the rise headed into the 2015 season. We've been breaking them down by division. The National League East, National League Central, National League West, and American League East have already been tackled. Now we move … END_OF_DOCUMENT_TOKEN_TO_BE_REPLACED 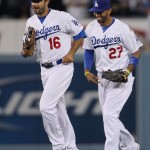 Dodgers outfield situation remains unclear as trade rumors swirl Another day, another Los Angeles Dodgers outfield story. Actually on Thursday there were two, one involving Matt Kemp and the other involving Andre Ethier. It's no secret that the Dodgers have a surplus of outfielders. After acquiring Chris Heisey from Cincinnati on Tuesday, Los Angeles now has seven outfielders under contract … END_OF_DOCUMENT_TOKEN_TO_BE_REPLACED