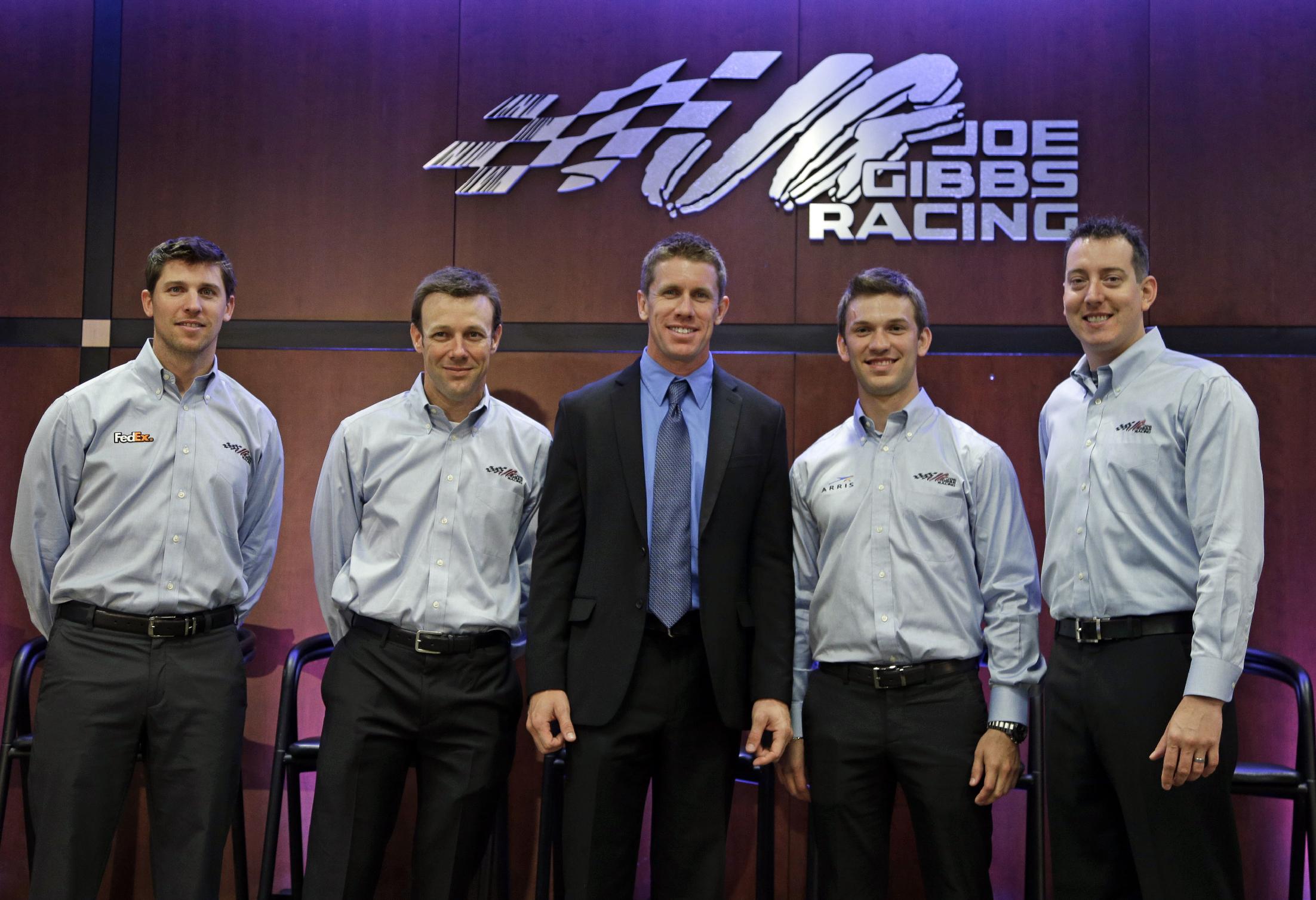 As the team expands to four cars next year, changes were expected with the addition of Carl Edwards to the JGR driver lineup. And Edwards’ crew chief will be Darian Grubb, who served as the crew chief for Denny Hamlin from 2012-2014.

Denny Hamlin’s new crew chief will be Dave Rogers, who has been Kyle Busch’s crew chief since the final three races of the 2009 season. Busch’s new crew chief is Adam Stevens, who previously served as the crew chief on JGR’s No. 54 Nationwide Series team. Busch drove a majority of Nationwide races in the No. 54.

The pairing of Jason Ratcliff and Matt Kenseth is the only crew chief-driver combination that’s unchanged. Kenseth and Ratcliff have been together since the 2003 champion arrived at JGR before the 2013 season.

“With the expansion of our NASCAR Sprint Cup Series operations to four teams next year with the addition of Carl Edwards, we have been able to take a step back and evaluate each of our teams and make decisions that we feel are best for our organization long term,” JGR president J.D. Gibbs said in a team statement.

“Like Jason and Dave previously, Adam has clearly proven that he is ready to move into the Cup Series and we feel that his familiarity with Kyle provides the opportunity for us to make that move now. We think pairing Dave with Denny and Darian with Carl will also make each team stronger heading into next season. Jason and Matt came together quickly and we felt it was in the best interest of the 20 team to keep it as is.”

Busch and Rogers won 13 races together and finished 10th in the 2014 standings. Grubb and Hamlin won seven races in three years and finished third in the 2014 points after a seventh-place finish at Homestead.

After winning seven races a year ago and finishing second to Jimmie Johnson in the standings, Kenseth was winless and finished seventh.

Because of Stevens’ move to the Cup Series, the new crew chief on the No. 54 in what’s now the Xfinity Series is Chris Gayle. Eric Phillips will crew chief Daniel Suarez’s No. 18 Xfinity Series entry and Mike Wheeler replaces Kevin Kidd atop the pit box of the Xfinity Series No. 20 car. Kidd moved over to Roush Fenway Racing for the 2014 season to be the team manager.