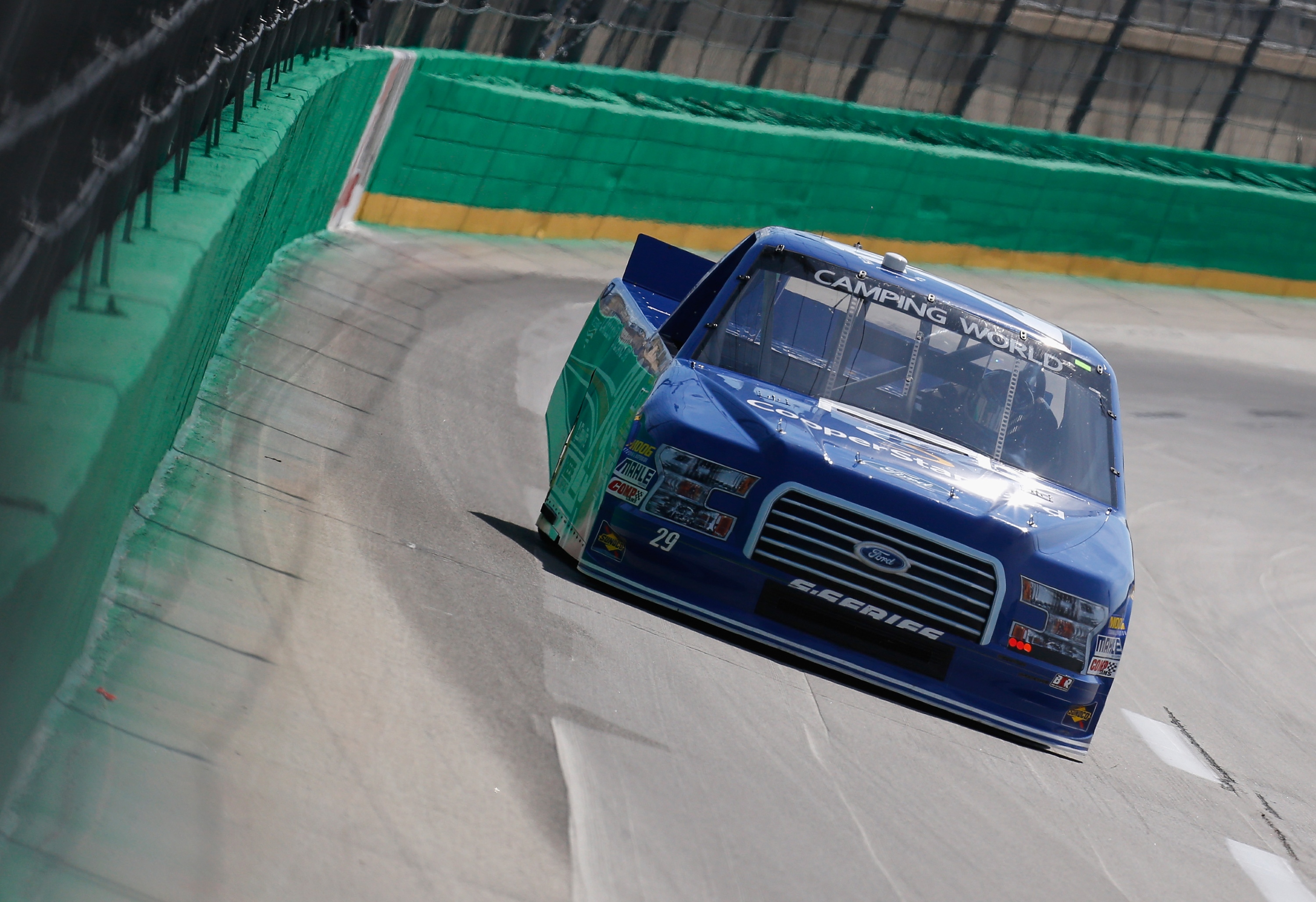 The 2012 Sprint Cup Series champion said Tuesday that his Camping World Truck Series team lost $1 million in 2014. Brad Keselowski Racing fielded two trucks in 2014, one for Ryan Blaney and another driven primarily by Tyler Reddick and was also driven by Joey Logano and Keselowski.

Keselowski made the remarks at the Sports Business Journal Motorsports Marketing forum in Las Vegas ahead of Friday’s Sprint Cup Series banquet.

“It’s really simple, you’ve got to cut costs and raise more revenue,’’ he told Motor Racing Network. “It’s easier said than done. It’s all hands on deck to make that happen. I worry all the time about it.

“I sat in meetings before I came here this week talking about it, trying to decide where we’re at, what’s acceptable for a loss. I’d like to be able to pay every one of my employees 60-70 grand a year with full benefits … but if the business goes sour because of that that’s not really going to work.

“I’m not interested in being involved in the Truck Series if I don’t feel like we can be competitive. My breaking point is two areas – it’s going broke and not being competitive. We have to walk that line every day with every decision we make.’’

It’s not the first time Keselowski has mentioned the fact that his team isn’t profitable. In July, on ESPN’s Marty and McGee podcast, Keselowski also talked about his truck team’s numbers and mentioned the $1 million loss.

Keselowski’s teams finished third and sixth in the owner’s points standings in 2014. And his comments are continued cause for concern in the long-term health of the Truck Series

An easy solution, on the surface anyway, would be for Keselowski to run more races himself. As a Cup champion, he is easily marketable, and, logically, more valuable to sponsors. But Keselowski said he’s limiting himself to three races in 2015.

The limit, while a noble endeavor and something not to be quibbled with, makes it a tough proposition to make money. When combined with prize money, the sponsorship revenue for a less-known driver clearly doesn’t match up to the costs required to field a competitive team. And for people who love racing and winning, it’s a tough dilemma. What’s more important, winning or breaking even?

Keselowski, like Kyle Busch, is in a great position relative to others because of his financial ability from his NASCAR career. Others, especially those trying to break into NASCAR, simply don’t have the assets required to be able to lose money while attempting to run competitively.

But even for wealthy Cup drivers, it’s not a good long-term strategy.

Something has to change in the Truck Series, but what will it be? Truck counts dwindled in 2014 and will likely stay at the same levels in 2015. There’s a distinct competitive imbalance as 24 trucks competed in all 22 races last season and 9 of them finished more than 300 points behind the No. 51 truck, which owned the title.

Can NASCAR implement cost-limiting procedures above and beyond the limitations of pit crew members? We don’t profess to have the fix, but common sense knows that for the long-term health of the series, there needs to be viable ways to be successful both on the track and financially.