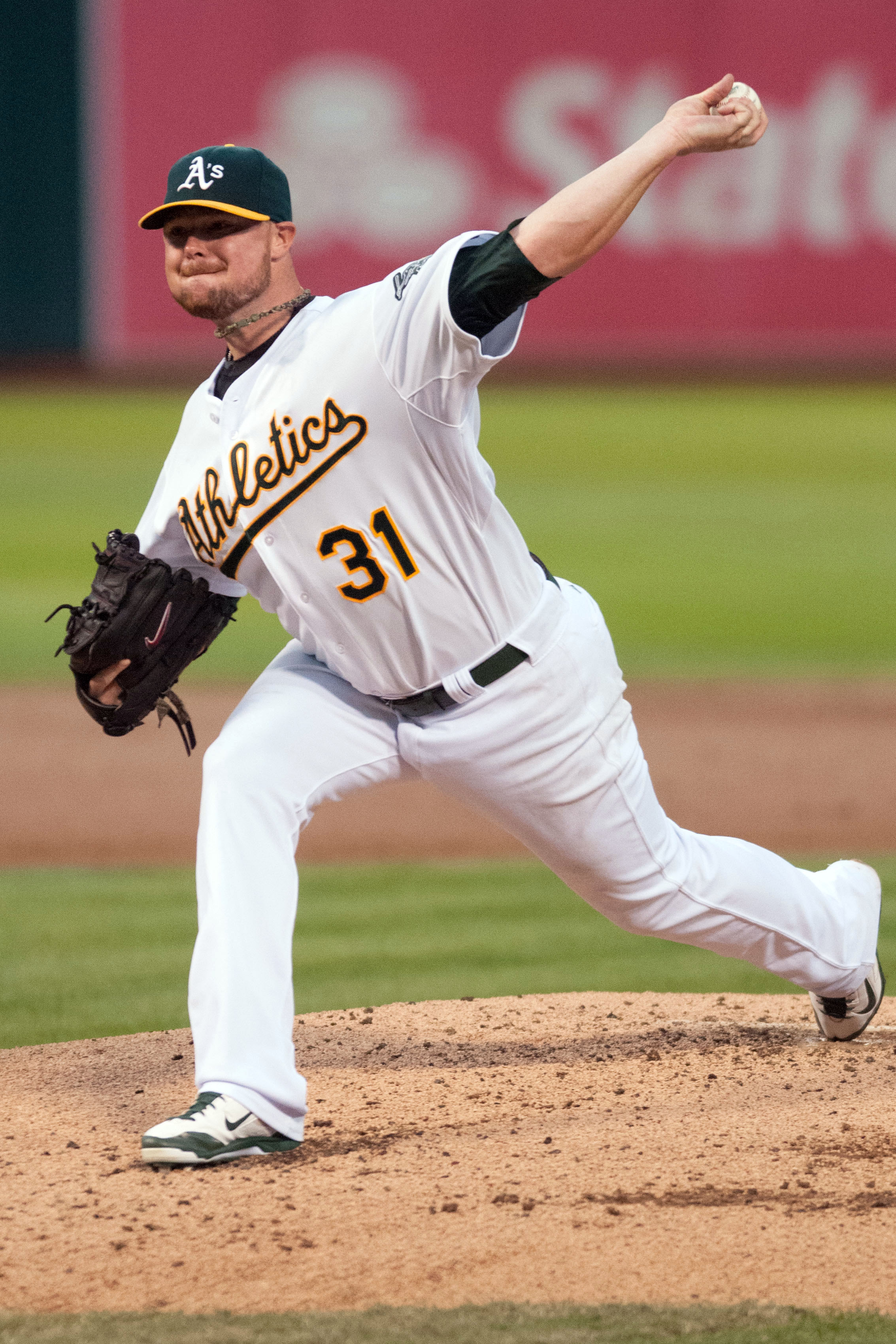 Jon Lester continues to make his way through free agency and he has one less offer to consider before making his decision.

The Braves were expected to be in the hunt for his signature, hoping that Lester making his offseason home near Atlanta might help their courtship. But according to David O’Brien of the Atlanta Journal-Constitution, they’ve been priced out of the race:

Bidding for the free-agent pitcher already climbed well above $20 million annually in six-year offers from the Cubs, Red Sox and possibly the Giants, and the Braves decided they couldn’t afford a competitive offer for the left-hander.

That leaves three teams in hot pursuit. The Cubs have reportedly offered Lester six years, $138 million while the Red Sox are believed to be coming in with the same term for slightly less cash.

The Giants met with him on Monday and have the funds to make a big play after Pablo Sandoval left San Francisco for the Red Sox. Longshots for Lester include the Blue Jays, Cardinals and Royals.

The soon-to-be 31-year-old left-hander is coming off a career year split between Boston and Oakland, posting a 16-11 record and 2.46 ERA. His 6.1 fWAR was tied for fourth among all starting pitchers.

Signing with Chicago would reunite Lester with two familiar faces: former Red Sox executives Theo Epstein and Jed Hoyer. A return to Boston, where he has pitched all but two months of his nine-year major league career, would also put him back in a place where he is comfortable. San Francisco can throw three World Series rings on the negotiating table and try to persuade Lester he can lead them to its next one along with Madison Bumgarner.

None of the marquee starting pitchers available has signed yet. From here it appears Lester’s deal will be the one to set the market for the free-agent starters who follow.