The Kansas Jayhawks and the Michigan State Spartans face off on Sunday outside of Orlando in college basketball tournament action.

The Kansas Jayhawks have won three games in a row since taking their only loss of the season getting trounced by Kentucky. KU is raked 12th in the nation and once again Bill Self has a roster loaded with NBA caliber talent. Kansas is averaging 70.8 points per game and they are shooting 43 percent from the floor while defensively they are allowing 63.6 points and their opponents shoot41.1 percent. Perry Ellis leads the Jayhawks averaging 15 points and 6.6 rebounds. Cliff Alexander is averaging 10.4 points and 5.6 rebounds, Frank Mason is averaging 9.8 points, and Wayne Selden is averaging 8.2 points and 4.0 assists. Kansas is a lock to make the NCAA Tournament but they will need to play better than they did in their last crack at top tier competition to win this one. 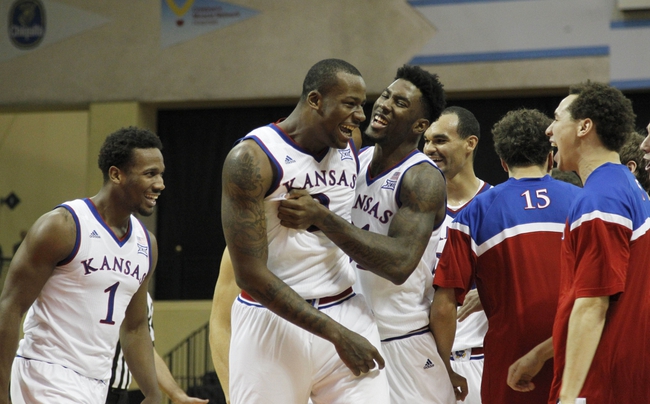 With the line a virtual pick I just like the athletes on Kansas and I see the Jayhawks getting the win here.