You are here: Home / College Sports / Chad Morris says he hasn’t agreed to anything with SMU

Chad Morris says he hasn’t agreed to anything with SMU 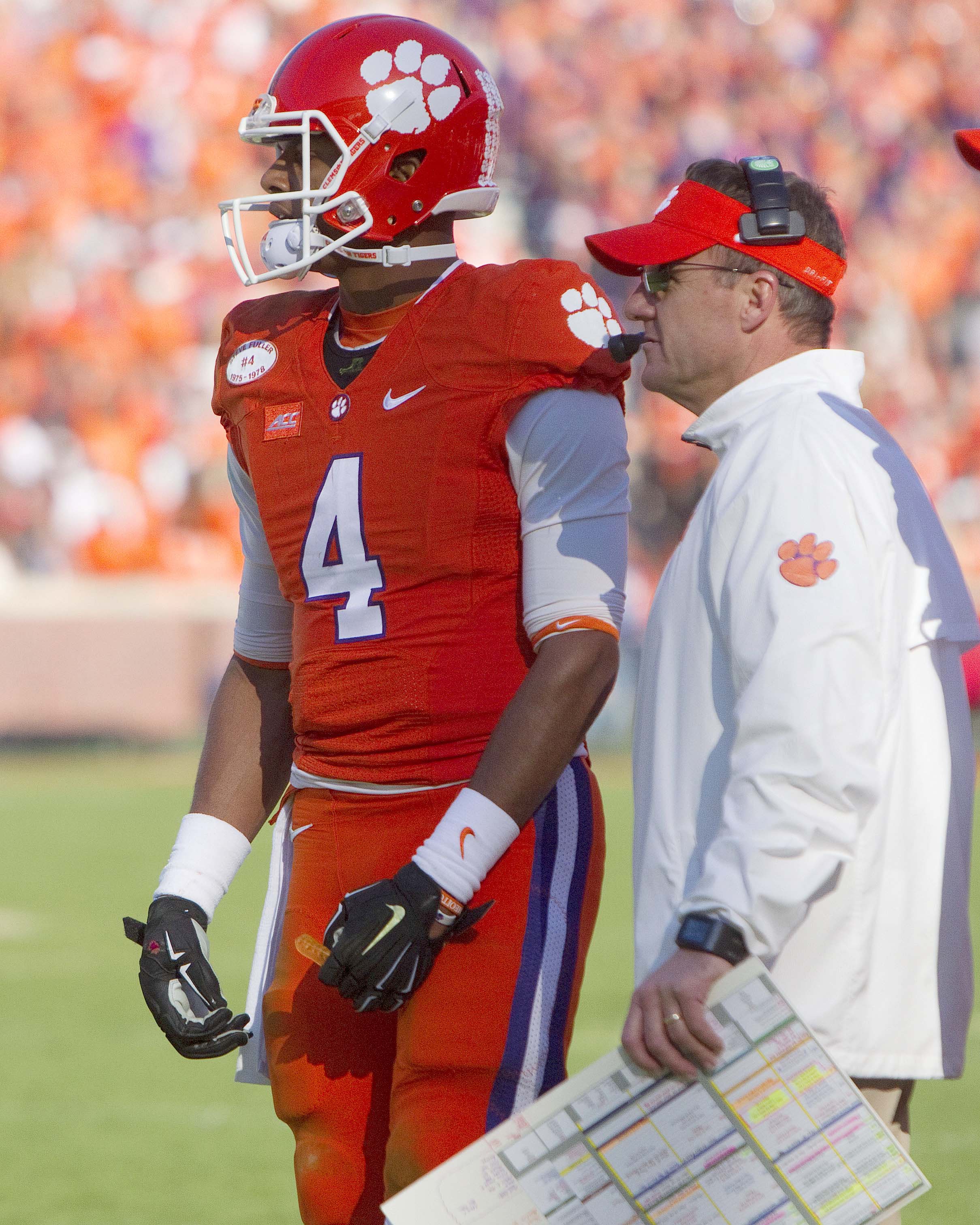 Clemson offensive coordinator Chad Morris has emerged as the likely candidate for SMU’s vacant head coaching position and said Saturday after Clemson’s win over South Carolina that he hadn’t agreed to anything with the school.

“I have not agreed to anything with SMU,” Morris said via TigerIllustrated.com.

He said when the time came, something would be announced.

“When the time comes, we’ll come out and say what needs to be said,” Morris said. “For now, we’re going to enjoy the night and I appreciate y’all respecting that.”

Clemson head coach Dabo Swinney said he wouldn’t stand in the way of Morris taking a head coaching job that he wanted.

“If Chad has an opportunity and it’s something he wants to do and feels good about, I wish him nothing but the best,” Swinney said. “He’s helped us and we’ve helped him. Nobody would be happier for him than me.”

SMU has one game remaining this season (against UConn) and is 0-11. After losing 35-9 to Houston on Friday, the Mustangs have been outscored, on average, 43-10 this season.

Morris is from Edgewood, Tex., and went to Texas A&M. He coached at Lake Travis High School in Austin before coaching at Tulsa for a season before becoming Clemson’s offensive coordinator in 2011.

SMU coach June Jones resigned after the second game of the season and defensive coordinator Tom Mason has served as the interim coach.