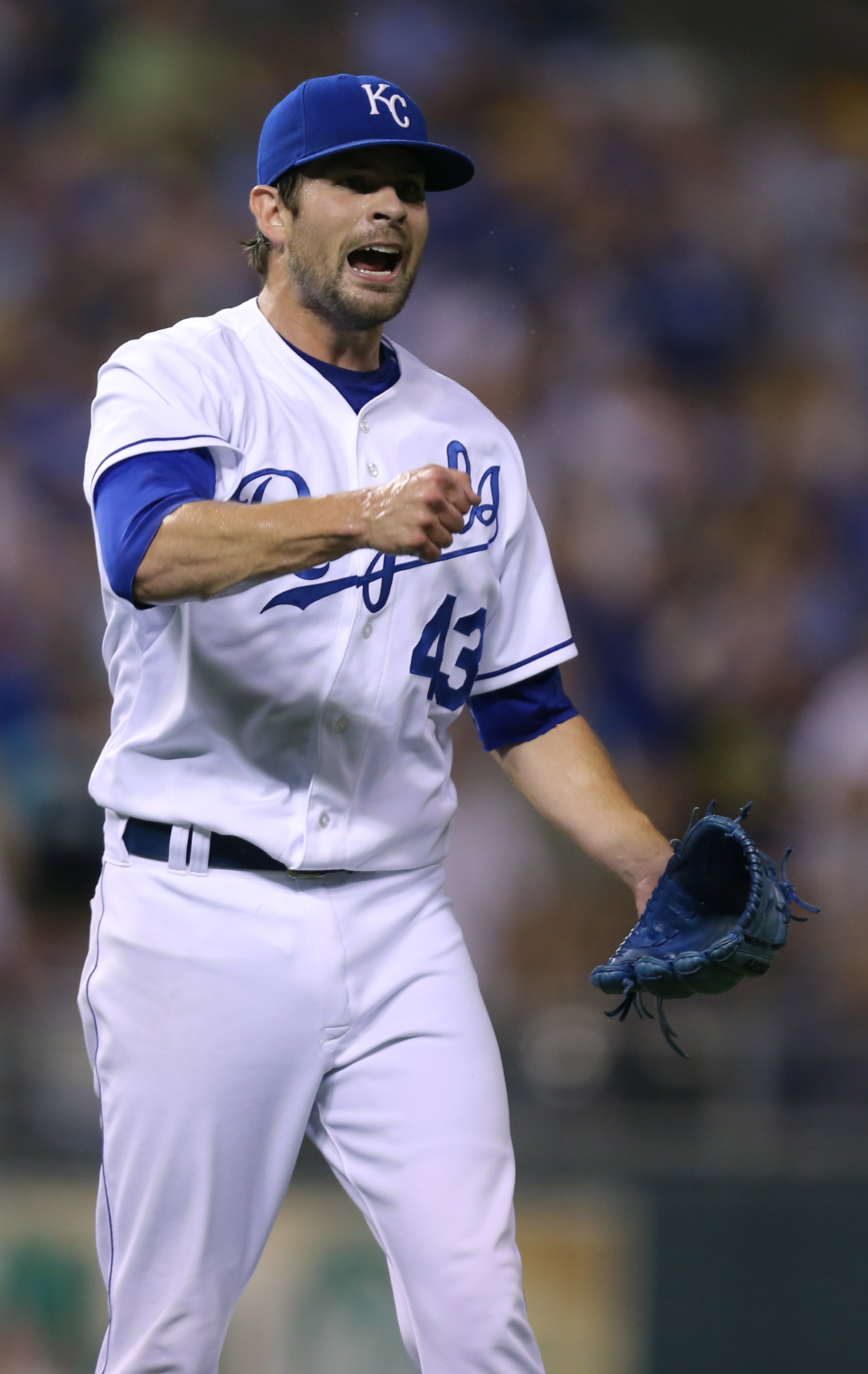 Once figured to be a key part of the Kansas City Royals rotation, former two-time first-round pick Aaron Crow was relegated to bullpen work upon his debut in 2011, and has since steadily slid down the depth chart with the emergence of Kansas City’s big three — Greg Holland, Wade Davis and Kelvin Herrera — to the point where he’s become expendable to general manager Dayton Moore.

For a time, Aaron Crow’s name was one of the buzziest in baseball for several reasons. He was an undeniable first-round talent who seemed destined to make an immediate impact in MLB. However, after the Washington Nationals selected him ninth overall in 2008, Crow declined to sign and instead spent the next spring playing independent ball with the Fort Worth Cats.

Returning to the draft one year later, Crow had similar buzz, but teams shied away due to signability questions. He ended up falling to the Royals at 12th overall. Once signed, Crow struggled to get on track and essentially stalled in his development as a starter. He was soon shifted to the bullpen, and like so many pitchers with similar make up and upside — including Wade Davis — really found his footing as a reliever.

That’s part of what makes the circumstances surrounding this trade interesting. Though Crow has seen his role reduced in Kansas City, he’s been most effective in the bullpen over his first four seasons. Inconsistent, sure, but that’s often the nature of relievers, even the ones with first-round pedigrees. On the plus side, Crow was an All-Star selection in his rookie season. In fact, between 2011-2013, he posted a 3.19 ERA, 3.74 FIP and a 9.0 K/9 (strikeouts per nine innings) over 187 appearances.

Though he took a notable step back in all categories in 2014, going 4.12, 5.40 and 5.9 respectively, there’s still plenty of upside in Crow’s right arm. Given Kansas City’s plethora of late-inning fireballers, there just wasn’t much room for growth or expanded opportunity there.

And that’s where the Marlins come in. Though they have a pretty deep bullpen in their own right with Steve Cishek, A.J. Ramos, Mike Dunn and Dan Jennings all impressing last season, Crow gives them affordable depth — he’s expected to earn around $2 million in arbitration — and experience, while only costing them a pair of prospects that didn’t seem to factor in team plans.

Flynn, 24, has the better upside. The 6-foot-7 left-hander appeared in six games for Miami over the past two seasons, going 0-3 with an 8.64 ERA. He was ranked sixth among Marlins’ prospects by Baseball America and 10th by MLB.com following the 2014 season.

Redman, 26, only reached Double-A for the first time this season. But there’s an interesting reason for that. After being drafted by the Rays in 2012 as a third baseman, Redman has since converted to a pitcher, where’s he posted a 2.00 ERA and a 9.3 K/9 over 90 innings.

Given the Royals recent success with pitchers, this is a pretty good landing spot for two guys looking to reach the next level.

As for the Marlins, this fits as something of a win-now move in wake of the gigantic extension given to Giancarlo Stanton. It’s just not the win-now we’re used to with them. It’s actually a reasonable deal with little downside, as opposed to a series of massive contracts that seem destined to be traded before the ink dries.

Moving in the right direction? They just might be.