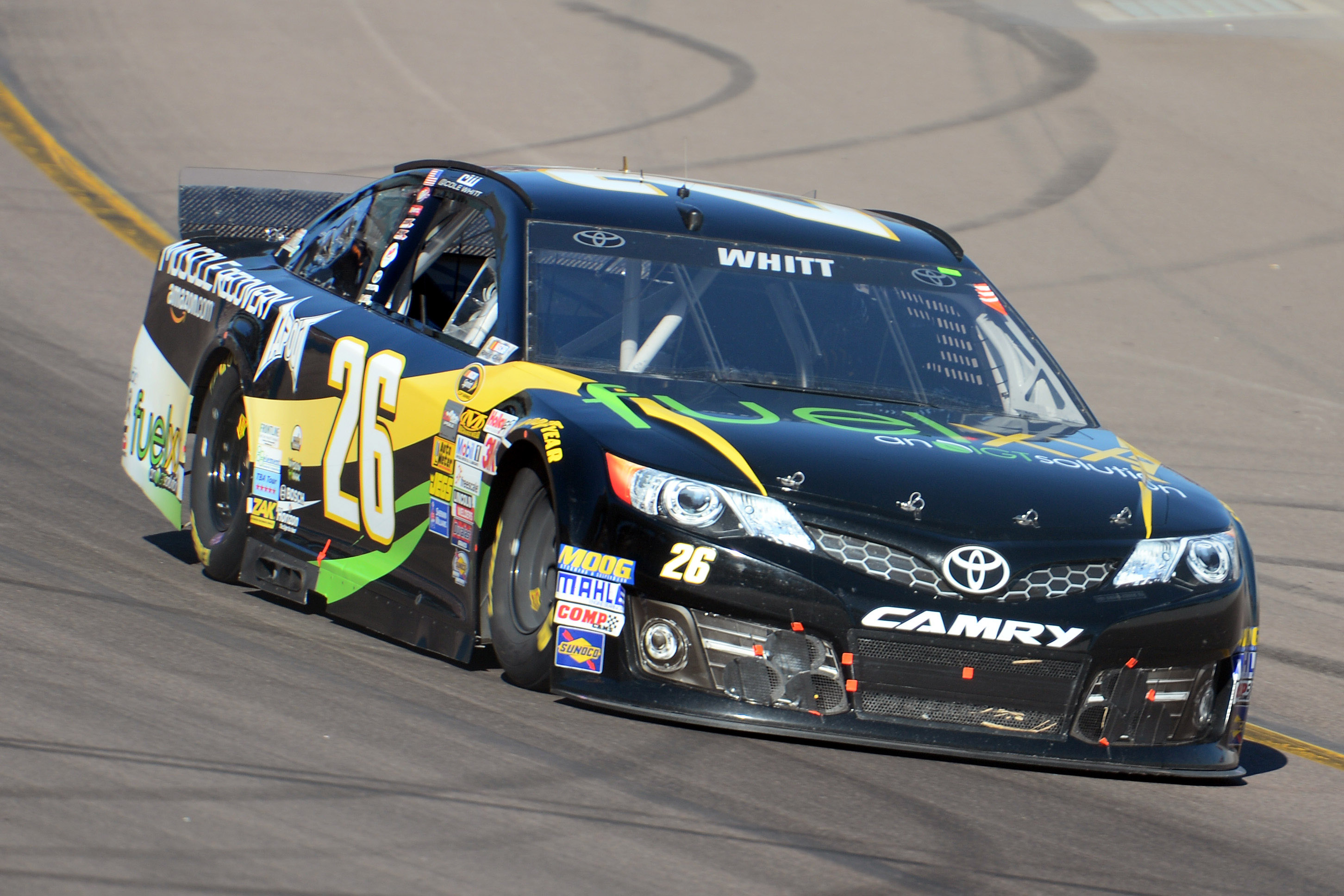 BK Racing minority owner Anthony Marlowe apologized for a tweet he made about Cole Whitt, who drove for the team in 2014.

Marlowe referenced Whitt driving the No. 34 for Front Row next season. David Ragan drove the No. 34 in 2014 and won in the car last year at Talladega. On Wednesday, FRM issued a statement that said it expected Ragan back in the No. 34 car in 2015.

“I did not intend for it to make national news,” Marlowe told Motorsports Talk “Aside from it being smart alecky, it was just a tweet congratulating a friend, and current supplier of driver services on his ride for next year.

“We could have had someone else drive the 26 car this year at BKR, but my new partners and I felt (Whitt) deserved a full season after his past NASCAR teams were not committed to him for the long term, along with his auspicious start to the 2014 season. That mission was accomplished.

“Additionally, we offered Cole (and it has been on the table since July) a multi-year option contract in the Cup series. Needless to say, I wish he would have stuck around and built this franchise with us over the years, but he obviously has and/or somehow created a better opportunity somewhere else.”

“I should have left the number 34 out of it (the tweet). Although I am fairly confident based on my multiple sources that he (Whitt) is going to Front Row, not all of those sources have been so sure it is the 34 car.

“Regardless if time tells us any of this is true or not, I feel like I owe David Ragan an apology. He is a Cup winner and seemingly great guy. I sincerely regret him being pulled into this.”

Marlowe said he believes Whitt is heading to FRM but that he should have left the number out of the tweet entirely. Whitt joined BK Racing after Swan Racing folded in the spring of 2014. Whitt was driving for Swan with Parker Kligerman, who was without a ride after the team shut down.

David Gilliland also drove for Front Row in 2014 in the No. 38 car. In addition to fielding a car for Whitt last season, BK also fielded a car for Alex Bowman as well as the no. 83 with multiple drivers.