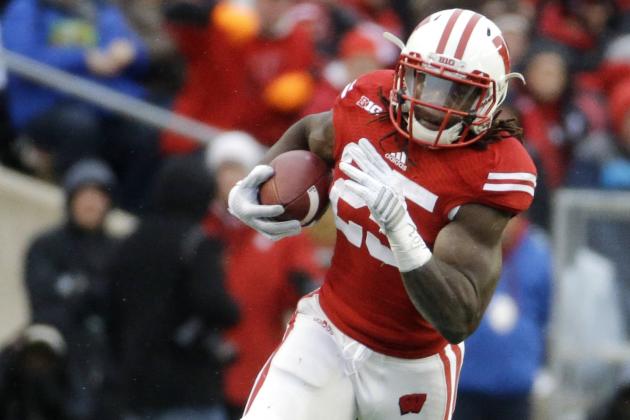 Wisconsin just blew out Nebraska to take over sole possession of first place in the Big Ten’s West Division. The Badgers have now won five games in a row and four in a row against the spread. Wisconsin controls its own destiny; two more wins earns it a trip back to the Big Ten Championship Game. The Badgers will try to take care of the first of those victories when they battle rival Iowa Saturday afternoon in Iowa City.

Why the Wisconsin Badgers can cover the spread

The Badgers spotted the ‘Huskers an early 17-3 lead last week, then roared back behind a record-setting performance from running back Melvin Gordon to win 59-24, picking up an easy cover as six-point favorites. Wisconsin outgained Nebraska 627-180 and ran the ball for 581 yards, 408 on just 25 carries by Gordon.

So the Badgers now lead the Big Ten West by a game over Iowa, Nebraska and Minnesota. Wisconsin started a little slow this season, losing two of its first five games, but it has won its last five in a row by an average score of 44-15.

Why the Iowa Hawkeyes can cover the spread

The Hawkeyes stayed within a game of the lead in the West with a 30-14 victory over Illinois last week, covering as six-point road favorites. Iowa outgained the Illini 551-235, outrushed them 268-88 and held the ball for almost 36 minutes. That’s how you win games and cover spreads in the Big Ten.

Running back Mark Weisman had his best game of the season, rushing for 134 yards, and quarterback Jake Rudock improved his touchdown-to-interception ratio to 12-4 with a pair of scoring tosses. Offensively, the Hawkeyes don’t scare anybody, but their defense ranks 18th in the country, allowing just 325 yards per game.

Wisconsin won in Iowa City last year 28-9, and with the way the Badgers are playing, that final margin looks about right for Saturday. Iowa has been outrushed in three of its last five games and gave up 291 yards on the ground against Minnesota a couple weeks ago. As long as Wisconsin hangs on to the ball, it should win this game, with room enough for the cover.

All point spread and lines data courtesy of Odds Shark. All quotes gathered firsthand unless otherwise noted. Check out Twitter for injury and line movement updates and get the free odds-tracker app.