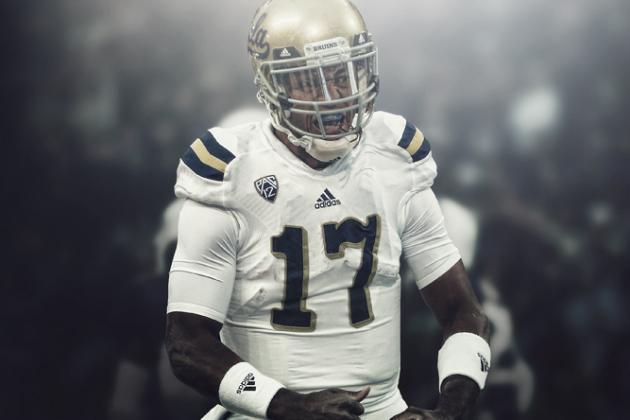 Week 13 of the 2014 college football season has the feeling of the calm before the storm (aka rivalry weekend).

But as a true college football fan knows, anything can happen on any given Saturday.

Will the top teams be caught looking ahead to next week, resulting in another weekend of upsets?

Next week gets all the attention for rivalry games, but thankfully we’ve got one slated for this Saturday. USC and UCLA will duke it out in the battle of L.A. Both teams are still in the race for the Pac-12 South title, which makes this game all the more exciting.

Speaking of the South Division in the Pac-12, Arizona looks to gain ground with a victory over Utah this weekend. Both teams are coming off very close wins, so expect this to be another tight contest.

Notre Dame looks to rebound after an overtime loss to Northwestern last week when it plays host to Louisville. Will the Irish stumble for the third straight week, or can they finally right the ship?

And in the SEC, Tennessee has the chance to spoil Missouri’s dream of repeating as SEC East champs. Knoxville is a tough place to play, but the Tigers are riding high after a road victory against Texas A&M. Can they do it again?

Arkansas is fresh off its first SEC win under Bret Bielema. Will that momentum carry over versus an Ole Miss squad refreshed from a bye week? 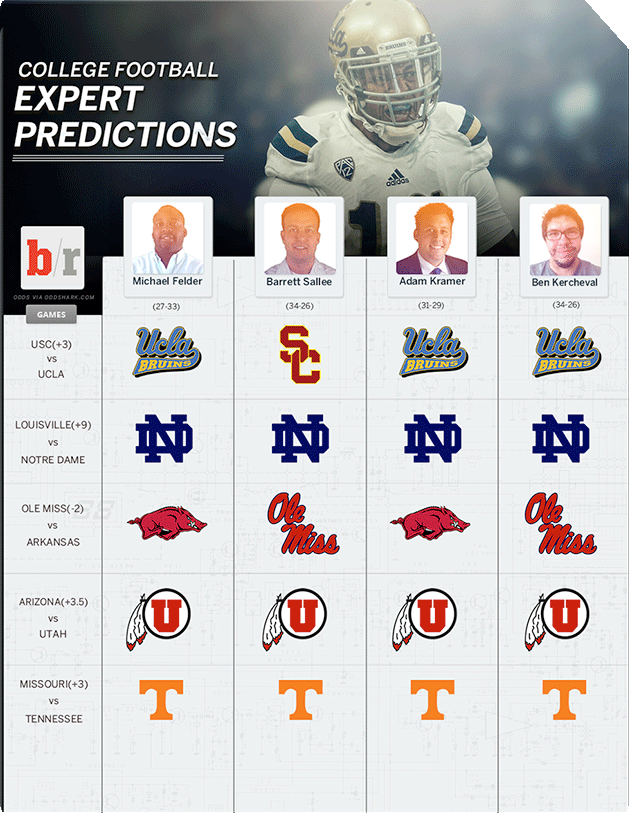 Barrett Sallee jumped back into a tie for the lead with Ben Kercheval. There won’t be a tie next week, as they’ve taken different sides in the battle of L.A.

Who will come out on top?

Let us know your picks in the comments below!

Note: Our experts are picking the top five Saturday games against the spread.