You are here: Home / Football / NFL Draft Watch: Will 2015 be the year of the pass rusher?

NFL Draft Watch: Will 2015 be the year of the pass rusher?

Saturday marks the two-month mark from when underclassmen can declare for the 2015 NFL draft, so there’s still a good amount of dust that needs settling before we can make sweeping statements about how the class of talent will shake out. That said, if there’s an early favorite for strongest position, it might be at the pass rusher spot. And not a minute too soon.

NFL teams are scoring at record pace, and sacks are down — way down — from last season. Penalties for pass interference, defensive holding and illegal contact are up. Teams are having trouble slowing down passing games. Andrew Luck is on pace to break the all-time passing yards mark, and we’ve had three weeks in a row with a six-TD passer in the NFL. 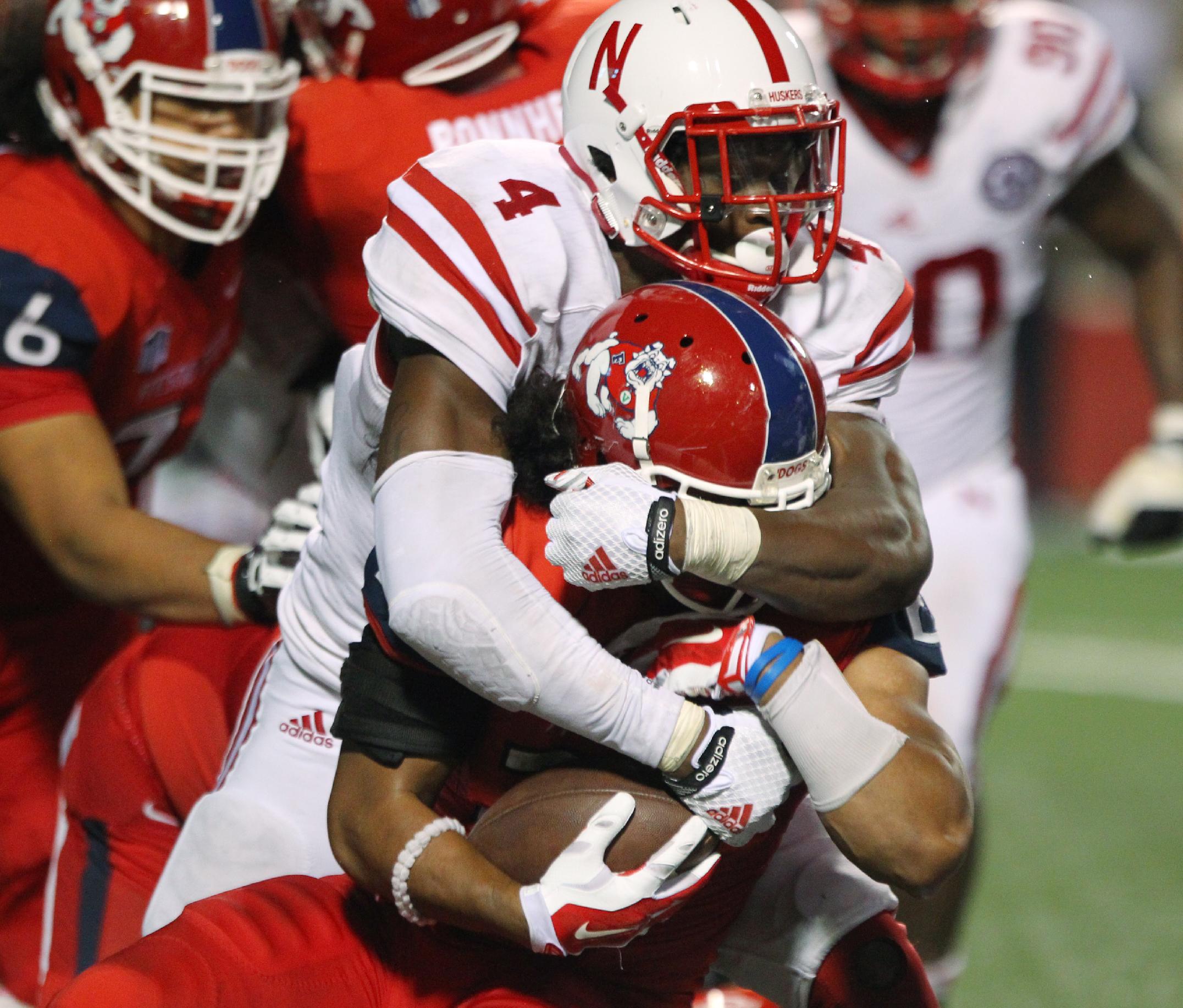 So will the 2015 pass-rusher class have the instant impact that this year’s rookie receiver crop has had? Perhaps.

Right now, based on some rough sketches, we could be looking at somewhere in the range of 6-8 pure edge rushers capable of going in Round 1, and perhaps as many as 12 who end up in the first two rounds. If you throw in some fine interior rushers, too, that number could grow even more.

Although there might not be a Jadeveon Clowney-level prospect in this year’s class, there are a few edge rushers and one interior rusher capable of cracking the first 10 selections.

Nebraska’s Randy Gregory (6-foot-5, 245 pounds) is a Dion Jordan-like athlete who figures to fit either as a 3-4 outside linebacker or a 4-3 weak-side end. His first-step quickness, closing ability and vine-like arms are top notch and will entice NFL evaluators despite a fairly pedestrian sack total (5.5) this season. Remember, Clowney totaled only three sacks in his final season in college.

Missouri’s Shane Ray (6-3, 245) is a tenacious, athletic and diverse rusher who wins with speed and fury. He is explosive, either from a wide-rushing technique or inside, where he lines up on passing downs for the Tigers, and figures to put on enough of a show at the Indianapolis scouting combine to convince teams he can be a rush linebacker in some schemes. 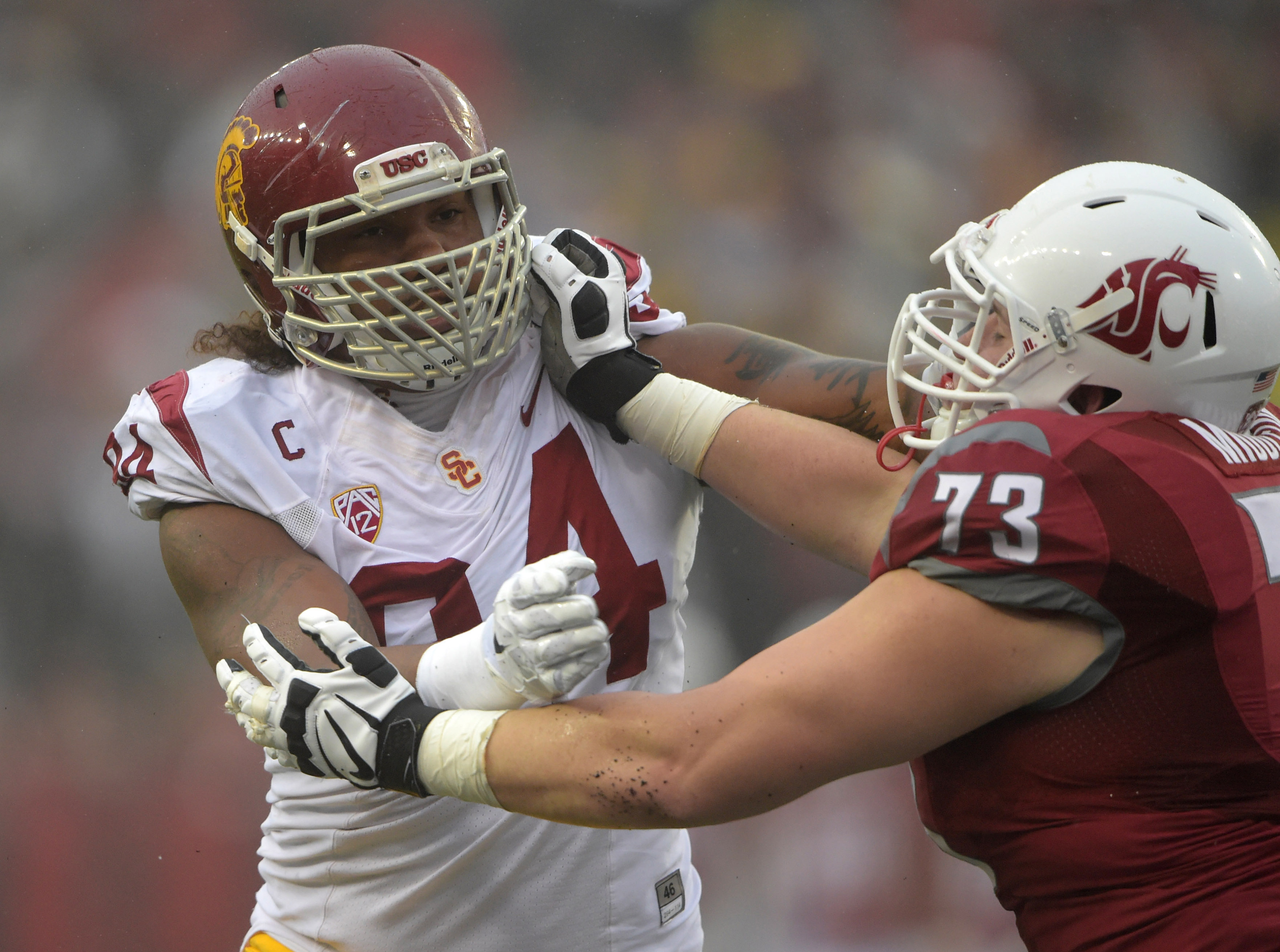 Clemson’s Vic Beasley considered coming out a year ago and fits the Von Miller-Bruce Irvin-Dee Ford mold of undersized but electric rusher. Most teams feel that Beasley will have to play in a similar role to that of Miller in the Denver Broncos’ scheme, and his edge-bending speed will be enough to overcome questions about his size at 6-2 and 235 pounds.

Those are the top outside rushers. On the interior, USC’s Leonard Williams could be the next Gerald McCoy or Ndamukong Suh. Has he dominated at that level this season? No, but constant double teams and an early season ankle injury are legitimate reasons why. With Williams’ combination of strength, penetration skills and quickness, he could be a top-five selection who is capable of dominating in almost any front.

But that’s not all from this crop.

All are 4-3 defensive end/3-4 outside rush candidates who could go in the first two or three rounds.

“It’s a good group,” one evaluator texted to Shutdown Corner. “Don’t look past the Kentucky kid [Dupree]. He’s something.” 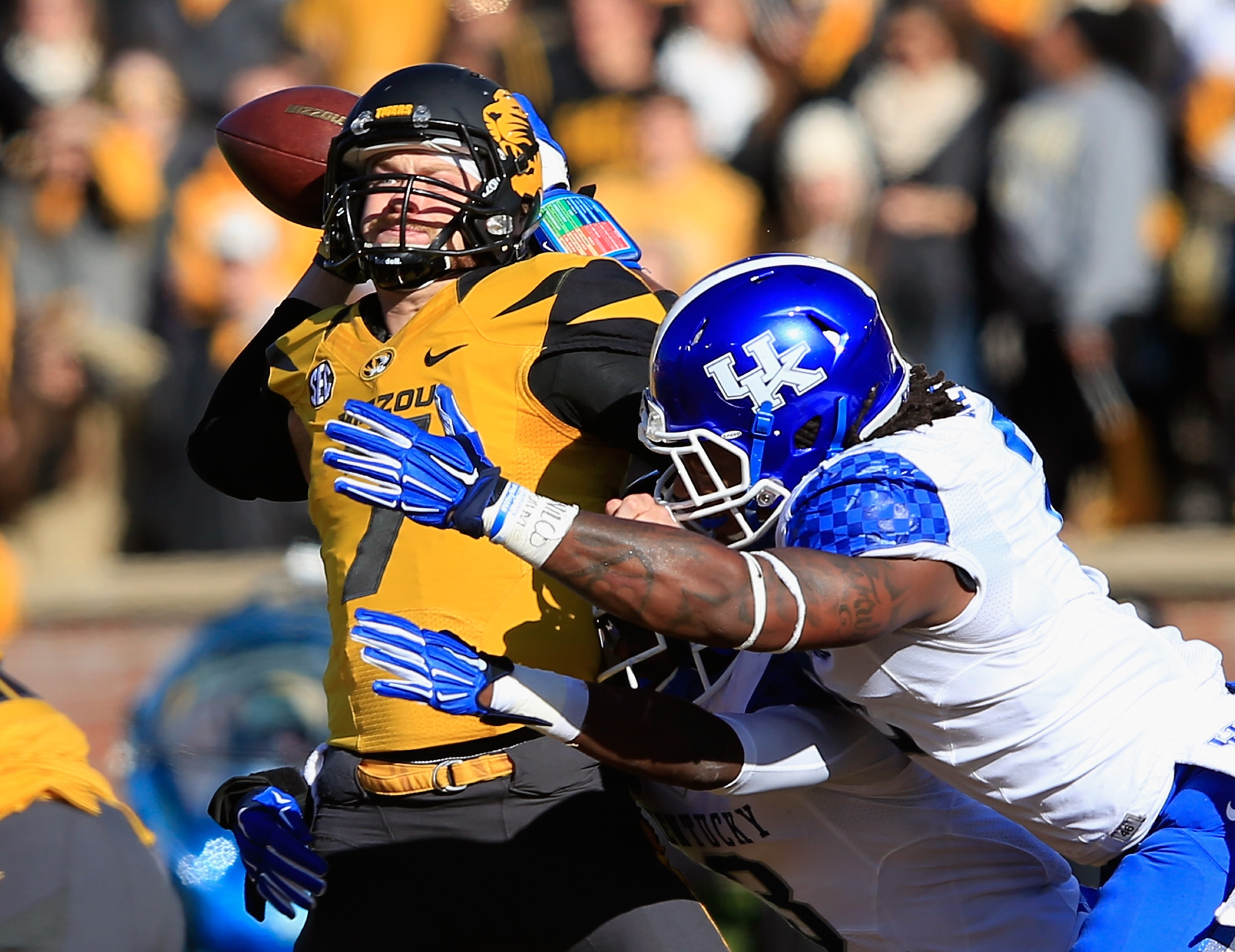 Inside, there are a few more quality penetrators and disruptors. Baylor’s Shawn Oakman has top-10 potential and looks the part but doesn’t always dominate. Oregon’s Arik Armstead is another tall player — like Oakman — who could be a 3-4 or a 4-3 defensive end, likely on the strong side.

True inside penetrators such as Ohio State’s Michael Bennett and Washington’s Danny Shelton, who has shown more spring in his step this season than in 2013, also have first-round traits. Another player who has stepped up this season is Florida State’s Eddie Goldman, who has made play after play despite injuries around him.

The 2015 rush class might thin out, as several players are underclassmen and could return to school. In a few cases — and especially considering the depth of the front-seven talent — those might be wise decisions. But assuming that the top underclassmen declare, we could see some shockingly good pass-rush talent enter the draft.

Right at a time when the NFL most needs it.

Shaun King sees some Tim Tebow similiarities with the Mississippi State quarterback that might interest NFL talent evaluators. His take:

This upcoming Senior Bowl doesn’t figure to feature a banner crop of talent, with what NFL scouts are describing as a so-so senior class following the mass exodus of underclassmen (a record 96) a year ago. There’s also the strong likelihood that a handful of the top seniors could opt out of the game, which happens every year.

Even with that possibility, prospects should look at the 2014 performances of Fresno State’s Derek Carr and Pitt’s Aaron Donald, and take note of what a strong week can do for a player’s draft stock. They each dominated at the Senior Bowl.

Invitations have been extended to the top senior prospects for next year, and some of the early acceptances have been announced. Here’s a quick skinny on some of the first 11 players who have said they’ll be in Mobile, Ala., for the watchful eyes of NFL scouts in late January:

East Carolina QB Shane Carden — Scrappy, heady quarterback who has some similar traits to David Fales, a fifth-round pick of the Chicago Bears a year ago, but might possess more arm talent and upside.

Navy LS Joseph Cardona — A long snapper from Navy? Bill Belichick has a spot for him, if Cardona doesn’t get drafted.

Iowa DT Carl Davis — Big (6-5, 315) interior player with nice strength and quickness who could end up being a top-75 player.

Michigan State FS Kurtis Drummond — In a weak safety class, Drummond could rise. He isn’t built big, but he has good recognition skills and isn’t afraid to come up and hit someone.

Penn State LB Mike Hull — A candidate for Big Ten Defensive Player of the Year, Hull is a tackle vacuum (99 tackles, 55 more than closest teammate) who can make plays in the backfield, too. He’ll be probed medically following a junior-year knee injury, but Hull has a chance to be a solid, mid-round prospect.

Northern Iowa RB David Johnson — The Panthers’ career rushing leader is a big back (6-2, 230 pounds) who also has decent quickness and speed, which he showed on a 98-yard kickoff return for a touchdown this season. He also catches the ball well and could be exactly the kind of player who could raise his stock with a big week in Mobile.

Utah DE Nate Orchard — The nation’s leading sacker with 13 this season, Orchard is a high-effort pass rusher who is not too much different than Michael Sam but might have better physical skills. Sam was miscast as a linebacker in Senior Bowl practices last season, but Orchard might have to fit as a 3-4 linebacker on the next level. Can he drop in coverage? It remains to be seen.

Samford FS Jaquiski Tartt — Good range, good hitting ability and solid coverage. Another player who can raise his stock and make a name for himself — for those brave enough to try to pronounce it — with a strong week of practice.

Eric Edholm is a writer for Shutdown Corner on Yahoo Sports. Have a tip? Email him at [email protected] or follow him on Twitter! Follow @Eric_Edholm