You are here: Home / College Sports / Dabo Swinney says prepping for GT offense can be ‘a season of its own’ 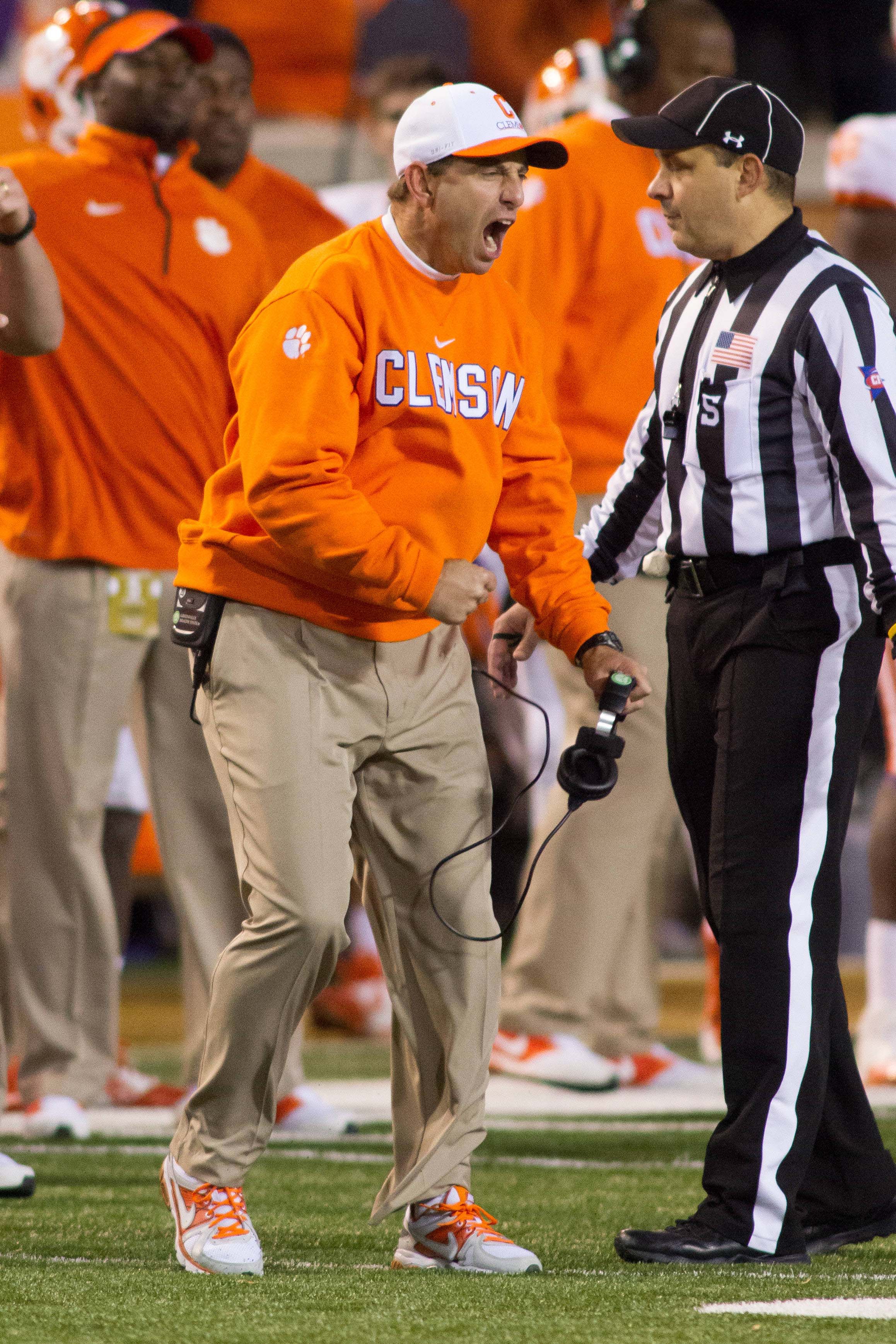 Clemson’s defense has received a lot of attention for its strong play this season – performance that has helped the Tigers weather the loss of freshman quarterback Deshaun Watson for the past three games. But against Georgia Tech on Saturday, it’s a much different test than it has been previously for the Tigers.

“It is tough because you just don’t see their offense much,” Clemson coach Dabo Swinney said. “It is kind of a season of its own from a defensive standpoint. We work on it all year. It is something that we do in the spring, at fall camps and in the open dates. We try to keep it out there in front of our guys because there is just not really any carryover.”

The Yellow Jackets are third in the country in rushing yards per game. Clemson’s defense is fourth in yards per carry. What will give?

“The key against them is to try and stay out of third-and-long,” Georgia Tech coach Paul Johnson said. “The key against anybody, really. They’ve got some great pass rushers, [Vic Beasley’s] certainly one of them. They’ve got probably six or seven guys up there that are really talented players on the defensive front. It’s a veteran team. I think I counted on their two-deep that they had eight of eleven that are either seniors or grad students. You couple that with being pretty good players, that’s a pretty good recipe to be pretty good. And they are. They’ve played really good. I mean if you take away the first game, the second half, well really just the fourth quarter where they gave up a couple of really big runs against Georgia. Other than that they’ve played really stout all year against everybody.”

Watson will start on Saturday for the first time since he broke a bone in his hand against Louisville. Without him at quarterback, Clemson’s offense has been average.

“I hope he picks up better than where he left off,” Clemson coach Dabo Swinney said about Watson, who struggled in the Louisville game. “He thought we had a touchdown call and he ended up throwing it to the back because he could not feel his hand so he threw the ball to get rid of it and came out.”

“This is not his first time to play. He has played. There is not near as many unknowns with him for us as there was at the start of the season when he had not played a game. He has played on the road in front of a hostile crowd. He has been in difficult situations. The biggest thing with Deshaun is he has done a great job as far as totally staying engaged in the game-planning process, what is happening and practice and being very dialed in and focused mentally at games.”