As the baseball world still struggles to cope with the death of St. Louis Cardinals outfielder Oscar Taveras, officials in the Dominican Republic released the findings of toxicology tests following his fatal single-car accident on Oct. 26. An accident that also claimed the life of his 18-year-old girlfriend, Edilia Arvelo.

According to the report, alcohol may have been a contributing factor in the accident. Taveras’ blood-alcohol level measured at five times the country’s legal limit.

Tessie Sanchez, a spokeswoman for the Dominican attorney general’s office, told The Associated Press toxicology reports showed Taveras had a blood-alcohol level five times the country’s legal limit when he lost control of his car Oct. 26 on a highway in the tourist region of Puerto Plata.

She says the 22-year-old Taveras was “legally intoxicated when he crashed.”

Obviously, this is a troubling revelation that only makes it more difficult to understand and accept what happened that fateful night in Puerto Plata. Two promising lives were ended far too soon in what this news indicates could have been an avoidable accident. It feels like another gut-punch in a story that has already caused too much pain for too many people.

The Cardinals organization was among those hit hardest, for obvious reasons. On Wednesday, they released the following statement in response to this report.

Taveras’ death hit especially hard in the Dominican, where he was viewed as a hero to young players he was inspiring to follow in his footsteps. His funeral was attended by thousands of his fellow countryman, many of which were young children who idolized him to some degree. 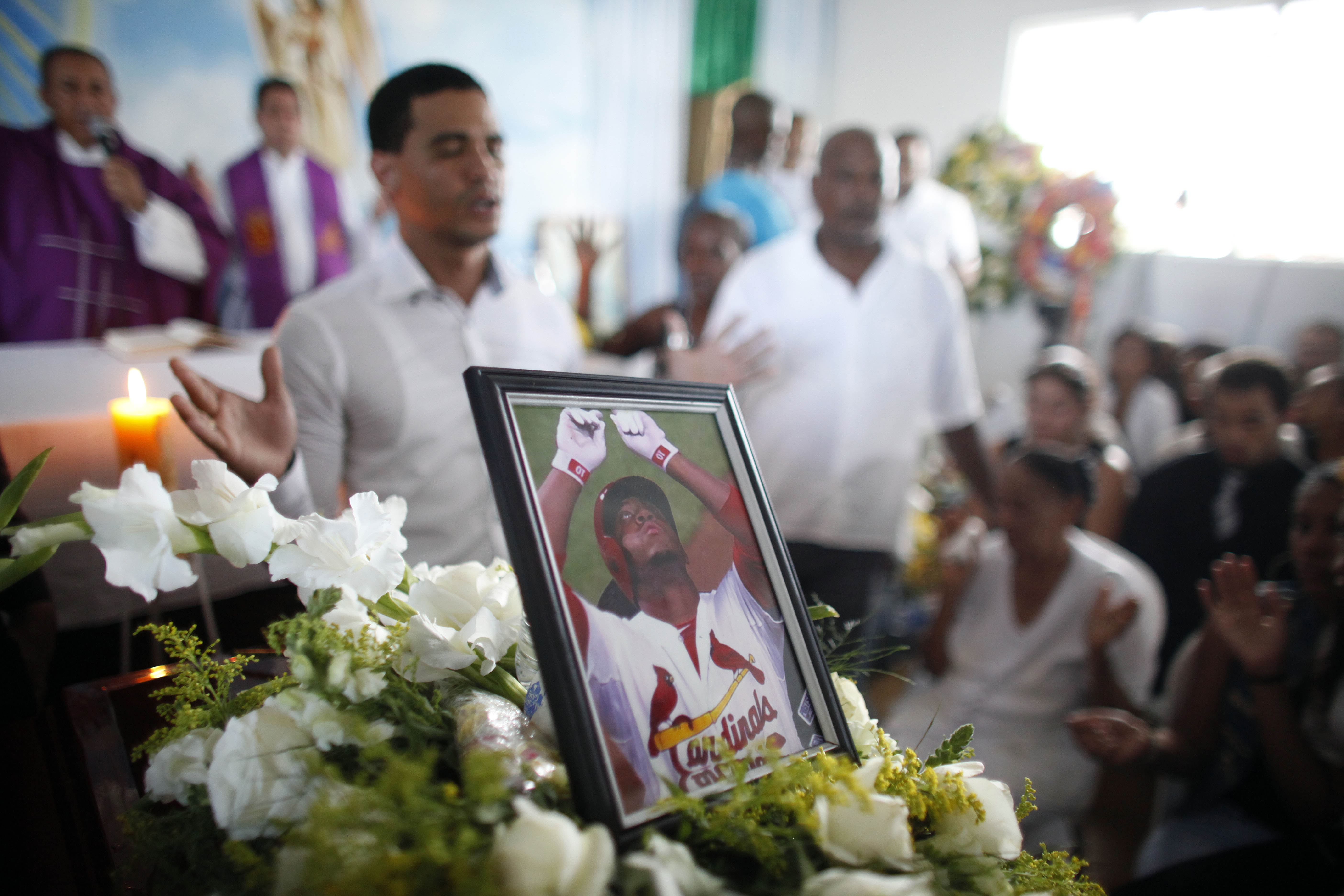 Taveras was on his way, too. He played 80 games as a rookie for the Cardinals in 2014, batting .239 with an OPS of .590. He hit three home runs during the regular season, including one in his first-ever start, and delivered a huge home run during the Cardinals NLCS loss to the San Francisco Giants.

It should have been a small taste of what was sure to blossom into a memorable career. Instead, it’s our final memory of a career that never was.