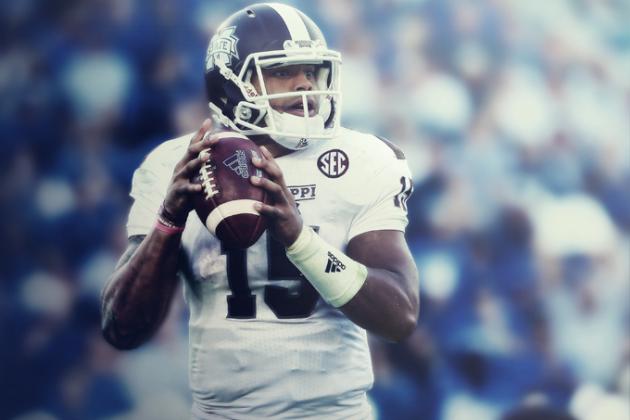 While the top two games of Week 12 involve the SEC, that doesn’t mean there aren’t exciting matchups elsewhere across the college football landscape.

Anything can happen on any given Saturday. And as the playoff looms, every game is important.

No. 1 Mississippi State hits the road to take on No. 5 Alabama in a much-anticipated matchup. Dan Mullen has never beaten Nick Saban as head coach of the Bulldogs. Will 2014 be the year he gets revenge thanks to Dak Prescott?

The other major Saturday SEC showdown is the Deep South’s Oldest Rivalry, as No. 15 Georgia hosts No. 9 Auburn. The game marks Todd Gurley’s return, which could mean bad news for the Tigers. Of course, that’s contingent on the Bulldogs being able to stop Nick Marshall and Co.

In the Big Ten, No. 16 Nebraska looks to gain some respect from the playoff selection committee when the Huskers battle No. 20 Wisconsin. Which Heisman contender will lead his team to victory: Ameer Abdullah or Melvin Gordon?

And in the ACC, two key matchups take place on Saturday. In the afternoon, No. 22 Georgia Tech will host No. 19 Clemson, and at night, No. 3 Florida State hits the road to challenge an unranked Miami (Florida) team hungry to prove its worth with the national spotlight thrust upon it. 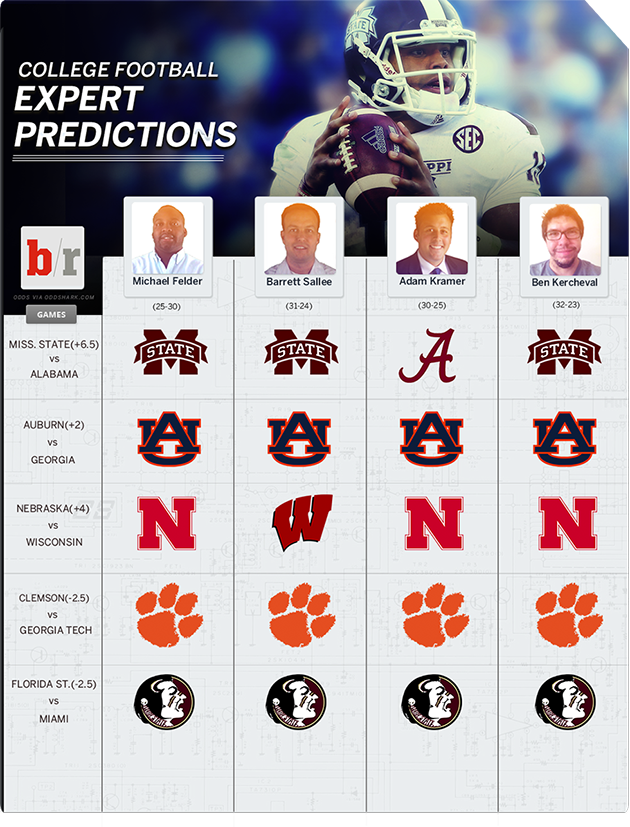 Ben Kercheval took back full control of his lead among our experts. What will Week 12 have in store? Who will come out on top?

Let us know your picks in the comments below!

Reminder: Our experts are picking the top five Saturday games against the spread.