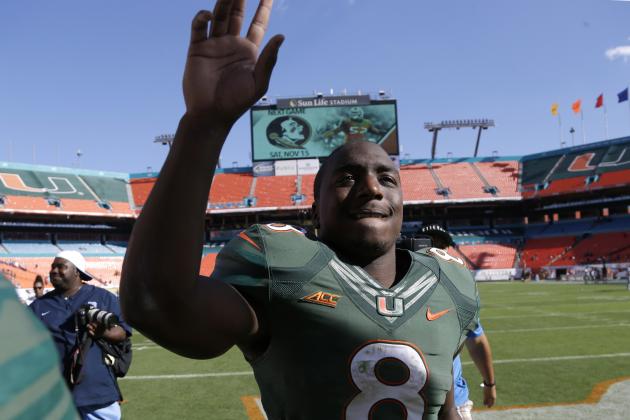 The minute the clock struck triple zeros in the Oregon and Utah clash in Week 11, college football fans and College Football Playoff hopefuls alike were ready to turn their attention toward Week 12.

After all, every game matters in the race for the final four spots, and there are as many as nine teams with zero losses or one loss with legitimate postseason hopes (sorry, Auburn, losing to the same Texas A&M team that got thumped 59-0 against Alabama and barely escaped UL Monroe is not a good look in November).

With that in mind, here is a look at the Associated Press rankings and then predictions and odds for every Top 25 game on the Week 12 slate. Point spreads are courtesy of Odds Shark as of Sunday evening at 8 p.m. ET. 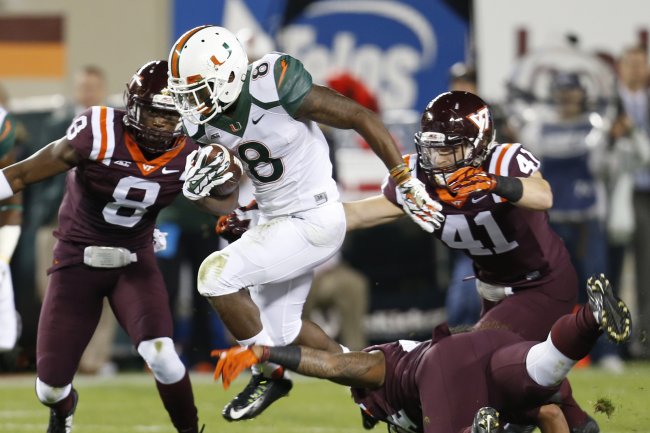 The showdown between Alabama and Mississippi State is the marquee game on the Week 12 calendar, but there is serious upset potential in the rivalry matchup between Florida State and Miami.

The Hurricanes have won their last three games and held opposing rushing attacks to 2.1 yards per carry, but it is the offense that should have the Seminoles on alert. Miami scored at least 30 points in each of those three games, and Duke Johnson is the best player in the country whom nobody is talking about.

Tim Reynolds of The Associated Press noted that Johnson has been racking up incredible numbers even though he hasn’t been on the field throughout the entire year:

Duke Johnson leads the nation in yards from scrimmage — and he’s been on the field for 335 plays. Comparison: Denzel Perryman has 577.

Head coach Al Golden commented on the lack of heavy use, via Reynolds:

We want to keep his odometer down. We want to keep the hits off him. That’s the biggest thing. His production is up but his overall play count is down. And I think he’d be the first to tell you, I think he’s fresh and playing his best football right now.

This is the game the Hurricanes have been saving him for all season.

Johnson has at least 100 rushing yards in each of his last five contests and has scored in every game but the season opener. This prime-time showdown in front of the home fans is the ideal spotlight game for Johnson’s budding Heisman Trophy candidacy. 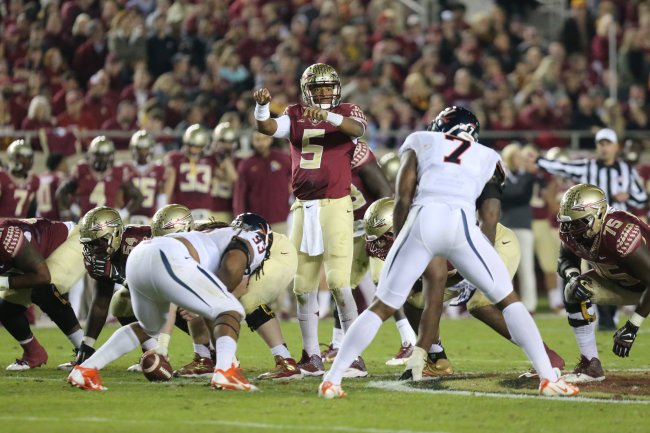 Johnson will be going for more than just a victory on Saturday. He has 3,080 rushing yards in his career even though he missed the majority of the second half of the 2013 season with injury, and he is nipping at the heels of Ottis Anderson’s Miami running back record of 3,331 career yards.

Florida State has given up more than 150 rushing yards in three of its last four games. Yes, the Seminoles have a strong front seven, but they are vulnerable against a formidable rushing attack, and that is exactly what Miami brings to the table.

The Seminoles have played in close games all season but emerged victorious with impressive second halves (and timely offensive pass interference calls), and that will once again be the case on Saturday. 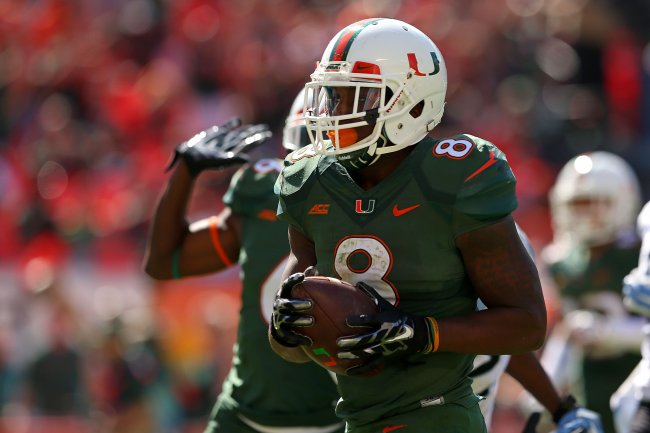 Ultimately, Jameis Winston and the Florida State offense will make enough plays down the stretch to win yet again, but the Miami rushing attack and a raucous crowd under the lights will pose a serious problem for the majority of the game.

The Seminoles are officially on upset alert.