You are here: Home / Football / Greg Cosell’s Look Ahead: Breaking down Mark Sanchez 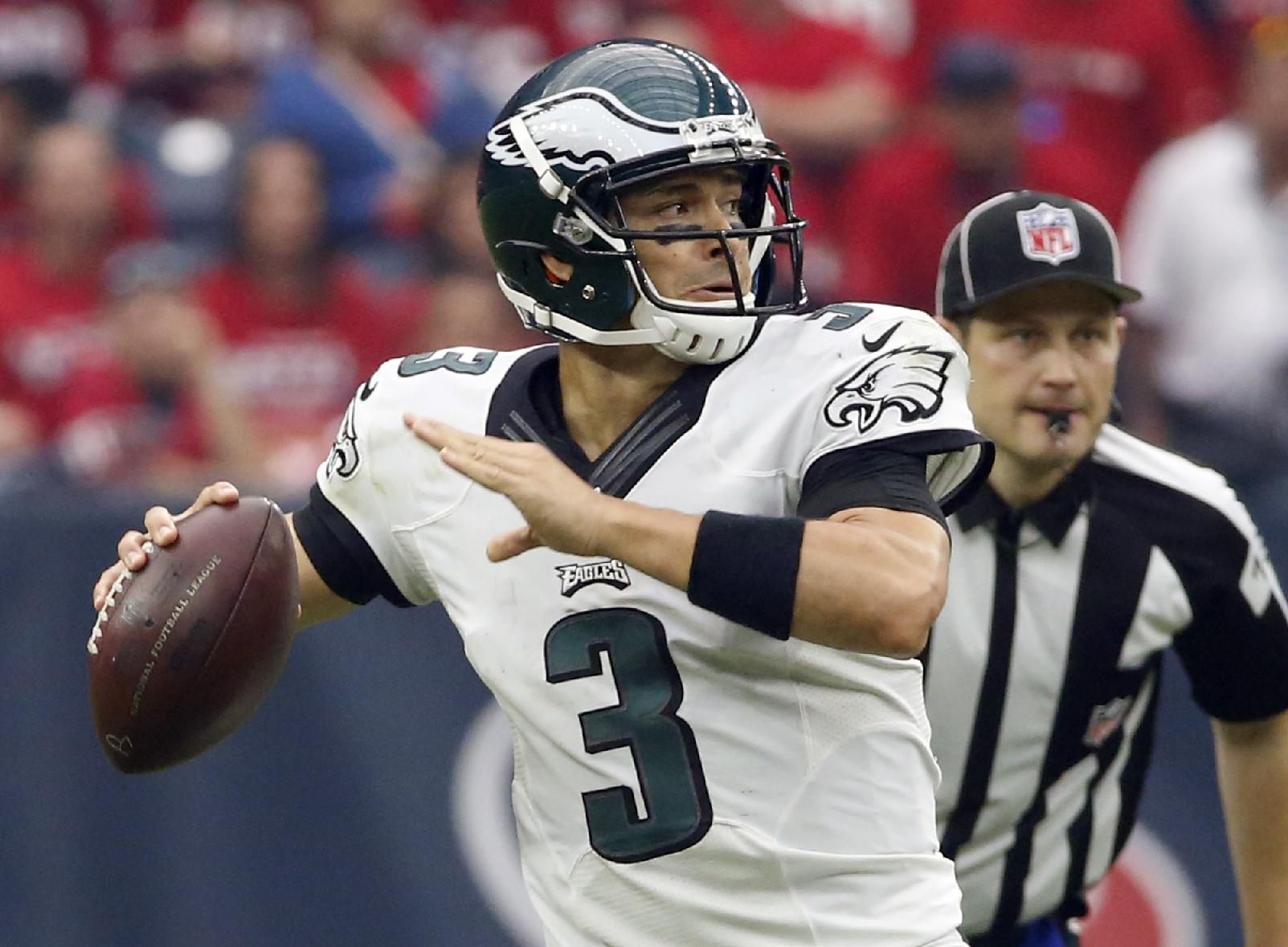 Everyone assumes the Philadelphia Eagles offense is quarterback friendly – and in some ways it is, because its tempo and concepts cause issues for the defense – but you still have to make the throws.

The quarterback is asked to do a lot in Chip Kelly’s offense. And now that Mark Sanchez has assumed the starting role, for at least as long as Nick Foles is out, he’s going to have to make good decisions and execute throws.

Sanchez has played a lot of games in the NFL, so we know some things about him. The positives: He’s a quick-footed athlete with a compact delivery. He throws the ball best in the middle of the field at the short and intermediate levels. He can run the play-action bootleg game because he moves well. He has an above average arm, by NFL standards.

The negatives: He has shown he’s a bad decision maker. You can get him to play fast. He can lose poise and composure under pressure. He tries to make throws he shouldn’t try to make.

There was some good and some bad when Sanchez took over for Foles against Houston.

Sanchez started with a great throw on an 11-yard touchdown to Jordan Matthews on his first drive.

He also missed a few throws. He had Zach Ertz open on a crossing route late in the second quarter that would have been a touchdown, and he threw it inaccurately.

He had two throws in the second half that should have been interceptions by Texans cornerback Andre Hal, but weren’t. He got away with some bad decisions in those instances. He didn’t get away with a bad decision on an interception to Houston’ Jumal Rolle, however.

Sanchez threw the ball with no definition of the routes. It was a blind throw. Pressure by J.J. Watt forced Sanchez to deliver early but you can’t make that throw with no route clarity.

Will Kelly’s offense alleviate the negatives in Sanchez’s game? I would have a difficult time answering that with a definitive “yes.” But he’ll get a chance to show that his positives outweigh the negatives.

One other Eagles note: The absence of linebacker Mychal Kendricks, who was out for four games with a calf injury, didn’t get much attention. But his return is a big deal for the Eagles.

Kendricks played a limited role two weeks ago, and was back to a full-time role last week. He is one of the team’s moveable chess pieces on defense. He has an explosive element to his game, and his being utilized as a blitzer more in base and dime packages. He blitzes predominantly from the inside, but can come off the edge as well.

It was evident right away the versatility and flexibility Kendricks gives the Eagles defense. He had 12 tackles and a sack last week. He’s a player to watch moving forward.

As we continue to track the rookie quarterbacks, it’s easy to see that Jacksonville Jaguars quarterback Blake Bortles is very much a pre-determined thrower right now, meaning he’ll often go to his primary read. That’s very common for a rookie quarterback behind a poor offensive line.

Bortles is playing very fast right now. It probably looks to him like there are 15 defenders on the field. He does not have a great feel for coverages yet. He does not recognize quickly and intuitively understand where defenders are in zone coverage.

The good news is this isn’t unusual for a rookie quarterback, the physical skills are there and he can develop. But that’s where we are right now with Bortles.

NFL analyst and NFL Films senior producer Greg Cosell watches as much NFL game film as anyone. Throughout the season, Cosell will join Shutdown Corner to share his observations on the teams, schemes and personnel from around the league.