Inhale deep, because the tide is about to take college football fans back under and for a wild ride in Week 11.

The running joke of the season that ends in the inaugural College Football Playoff seems to be that each week tops the last in terms of upsets and downright chaos that impact the standings.

Last week was no different, but turn toward Week 11 in a hurry, as a number of heavyweight conference bouts will forever alter the complexion of each race. The Top 25 schedule on its own is of the eyebrow-raising variety.

Here is a look at the schedule and a breakdown of a pair of the weekend’s best encounters. 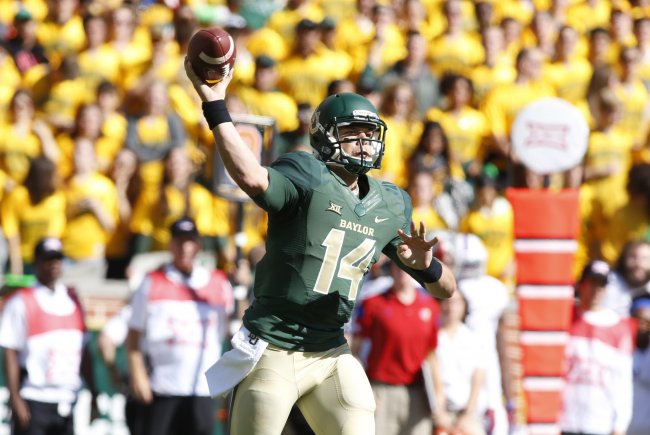 A pair of perennial Big 12 powerhouses have taken similar, disappointing paths as of late.

Bryce Petty and the Baylor Bears were on the wrong end of a 41-27 loss to West Virginia two games ago, and that very same weekend, the Oklahoma Sooners dropped a one-point decision to Kansas State.

Fast forward to last week, when both programs avoided a letdown with Baylor blowing away Kansas and Oklahoma doing much of the same to Iowa State.

Of most concern for the one-loss Bears is the play of Petty, formerly known as a Heisman contender. As David Ubben of Fox Sports Southwest points out, his play as of late has not exactly been encouraging:

The numbers speak true to this alarming trend:

This is a major cause for concern against a Sooners defense that allows an average of just 21.8 points per game this season, even if the overarching schedule is not all that intimidating.

Still, a shaky three weeks and change seems to be behind the Sooners, especially after struggling quarterback Trevor Knight threw for 230 yards and totaled six touchdowns against Iowa State in what amounted to practice before meeting the Bears.

Oklahoma continues to score like one of the best teams in the nation, which is a scary proposition in tandem with a strong defense and home-field advantage.

As seems to be the trend this year, this game’s outcome will only further confuse things in regard to the CFP as Baylor takes another loss. 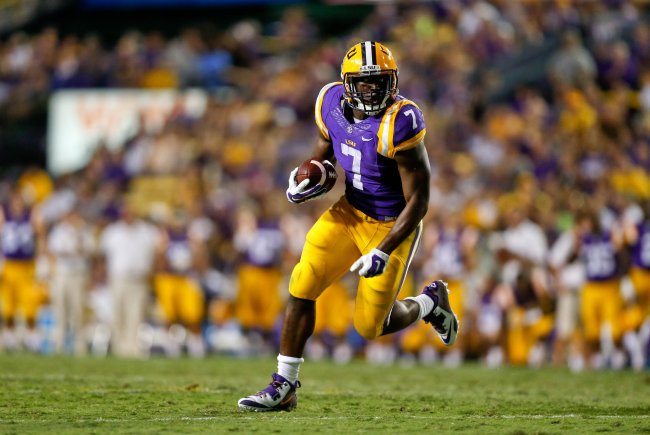 Similar to the pair of Big 12 teams above, Alabama and LSU have traveled mightily similar paths as of late, each winning three consecutive games after a major letdown to start the month of October.

Nick Saban‘s Crimson Tide have steadily improved in each of the three weeks leading up to this contest primarily because Blake Sims seems more composed under center, with seven passing touchdowns to no interceptions in that span.

“He gets better and better every week,” right tackle Austin Shepherd said, per Charlie Potter of 247Sports.com. “He obviously gets experience from going on the road. We obviously didn’t play well with the first two road games we had, but I think it shows that we emphasized it and got better at it this game.”

A continuance of this positive trend will need to come in one of the nation’s most dangerous locales, Death Valley.

Now, LSU has been all over the place. The team hardly survived Florida a few weeks back but turned around and upset then-ranked No. 3 Ole Miss a few weeks later. As always, Les Miles‘ team continues to rank among the nation’s best in terms of total defense and butters its bread offensively with a potent rushing attack.

Freshman tailback Leonard Fournette is the man responsible for the team’s recent offensive efficiency over the course of the three-game winning streak:

Great, but the problem for LSU against Alabama comes in ripple-effect form. The Crimson Tide are even better than the Tigers defensively, which means the erratic Anthony Jennings or whoever gets tosses under center may be forced into a one-dimensional attack that ultimately fails.

Both teams have had a week off to prep for this encounter, but it is hard to go against Saban in general. Add in the fact his team has done nothing short of improve each week, and the Crimson Tide will be able to avoid an upset and keep an eye on the CFP prize.

Stats and information via ESPN.com unless otherwise specified. AP poll via The Associated Press.